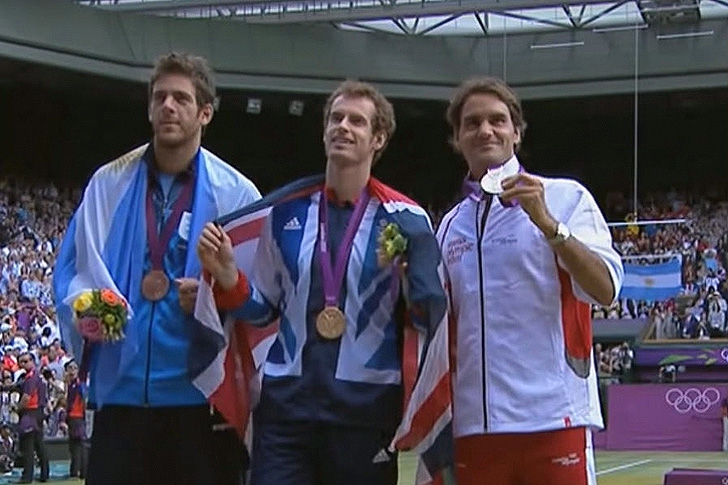 AS SOLDIERS were deployed to deal with unrest in the north of the country, police tear-gassed anti-Olympic protestors in Rio, and armed gangs fought pitched battles in the streets of the Cidade Marivilhosa, Wimbledon champion Andy Murray has been selected as Team GB’s flag bearer at Friday’s opening ceremony.

The tennis star, who won Olympic Gold in the London 2012 Games follows in his countryman, cyclist Chris Hoy’s, footsteps in being awarded the honour, as he embarks on his third Games considered a serious contender to win a second successive gold medal.

“This is my third Olympic Games and it is a very special competition for me. I obviously have great memories of London and I am 100% focused on winning here in Rio. The privilege of being the flag bearer is a moment I will remember for the rest of my life and will certainly be one of the highlights of my career,” Murray said.

“I hope to do the team proud on Friday and wish all of the British athletes the best of luck for the Games ahead.”

Murray, boxer Nicola Adams, and cyclist Bradley Wiggins, were the bookies favourites to carry the British flag, although Wiggins, Britain’s most decorated Olympian alongside Chris Hoy, ruled himself out in the hopes that the honours would go to a female rider.

Though the role is purely symbolic, Murray will be hoping to play his part in helping the British team meet its target of bettering the 48 medal haul in Beijing 2008, and he will be expected to finish on the podium given the exodus of top ten men’s tennis stars from the tournament.

Thomas Berdych and Milos Raonic are reportedly shaking in their Nikes over the Zika virus outbreak which has spread throughout South America, while Swiss stars Roger Federer and Stan Wawrinka are out with injuries. Questions over Rafael Nadal’s fitness also linger with the Spaniard nursing a wrist problem.

“A lot of the top 20 players are here, although unfortunately there a few of the top 10 missing, some of them citing Zika as being the reason and a couple of injuries, which is unfortunate. Normally, most players raise their game when they are playing for their country,” said Murray, clearly unimpressed.

“I spoke to my doctor, and he assured me everything should be OK. Hopefully, I don’t get too many mosquito bites.”

While it’s difficult to blame professional athletes for being hesitant to risk their health and earning power, there is a definite distinction prevalent at the Olympics between athletes who consider the games an inconvenient and less lucrative step down from their regular competition, and those who would quite literally give their lives simply to compete.

Before the Games begin, heroes are forged, and future Rolex sponsorship deals inked, spectators would do well to remember Samia Omar, an unheralded Somali athlete who, perhaps more than any competitors living today, truly embodied the Olympic spirit.

Dressed in an oversized white t-shirt and sprinting on shoes donated by the Sudanese women’s team, the 17-year-old girl had risen out of desperate poverty through sheer perseverance to represent her country at the 2008 Beijing Olympics in the 200m sprint.

Up against older, more powerful, properly trained rivals from the Caribbean, she stood little chance but saw the crowd roar their appreciation as she ran her heart out, despite trailing her competitors, who all finished within 24 seconds, desperately. Samia breathlessly finished to wild applause eight seconds later.

Wishing to be appreciated for her results, rather than effort alone, Samia realised she would have to leave Somalia, which had become overrun with Islamic radicals and terrorists intent on subjugating women.

She fled to Libya where she was imprisoned during the civil war, finally being released and securing herself a place on a migrant boat destined for Italy, hoping to reach Europe to achieve her Olympic dream, despite not knowing a soul on the foreign continent.

In April 2012, desperate to participate in the London Games that summer, Samia perished when a cheap boat carrying 70 people ran out of petrol miles from the Italian shore. She was aged just 21 and, regardless of the politics, should be hailed as a modern Olympic inspiration.