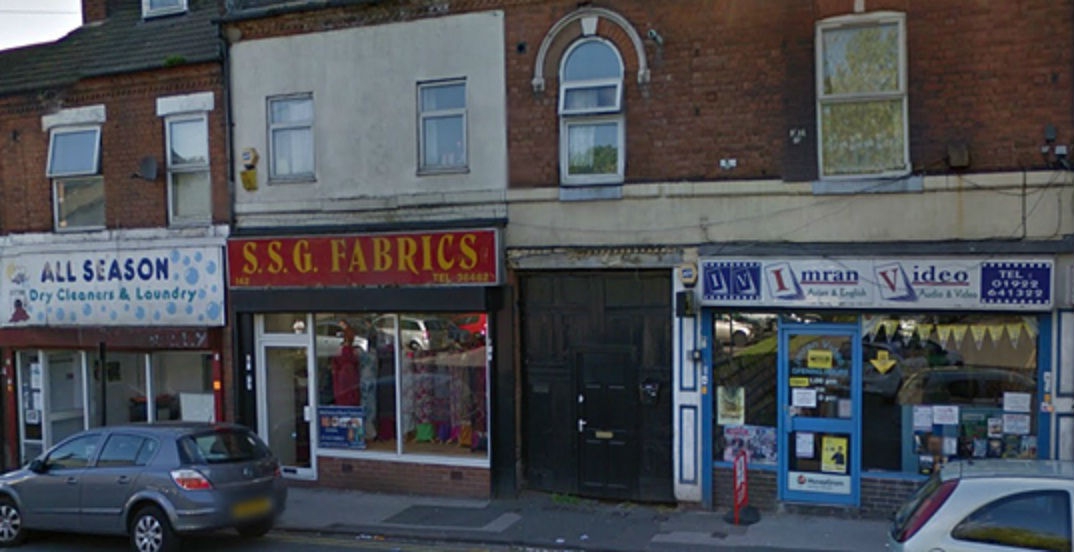 The neighbouring shops in Walsall

THREE men were convicted on Friday August 5 of sending funds to a man from Walsall who travelled to Syria with his wife in order to fight for Daesh. All three, two of them brothers, transferred money and sold items on eBay to raise cash to send to Musadikur Rohaman.

Brothers Mohammed Iqbal Hussain, aged 26 and Mohammed Suyaubur Rohaman, aged 32, both of Castle Road, Walsall, were arrested by officers from the West Midlands Counter Terrorism Unit in January of this year and the siblings were charged with sending money to their other brother, Musadikur Rohaman, aged 26, who travelled to Syria in December 2014, with his Islamic wife, Zohura Siddeka, aged 29.

The couple travelled to Syria via Turkey with another Walsall man, Abul Hasan, who is since believed to have been killed while fighting for the terrorist forces. While in Syria, Rohaman maintained contact with his family in the UK through a variety of secure internet messaging platforms and Skype. Some of these messages to home prove he had been engaged in fighting with rebel forces in the conflict zone.

The brothers, who worked at the family launderette business in Caldmore Walsall, raised cash and sent it to the couple via Western Union Bank transfers made at a shop next to their business.

A total of £10,000 (€12,000) was sent to the couple in Syria, including a number of maternity payments that Zohura Siddeka was still receiving from her teaching job in Walsall. Siddeka sent the brothers her banking details and password, so money could be taken out of her account and sent via transfer back to the pair in Syria.