We are in the EU! 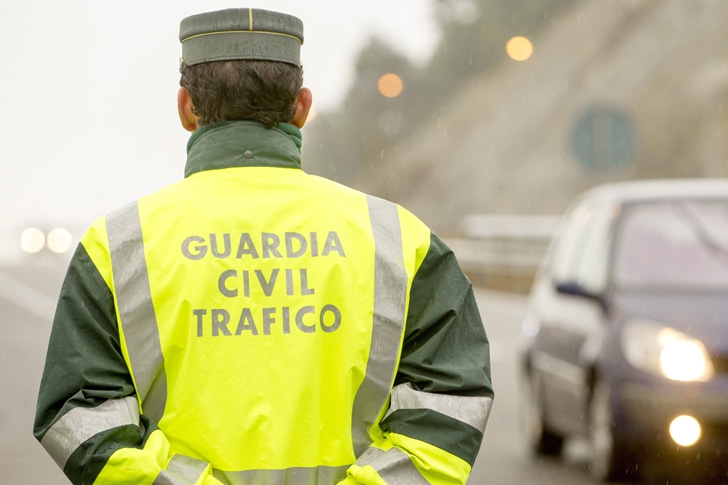 I’M stood by the side of the road. Waiting for a Guardia Civil man to issue me with a fine for having a British driving licence because he says Britain is no longer in the European Union and I should have got a Spanish driving licence… what?!

I look at him incredulously and say “Britain is still part of the European Union,” and show him the EU flag on my driving licence. He shrugs, and changes tack.

“You are a resident here, you have to have a Spanish driving licence.” But we’re in the European Union mate, I argue. (In hindsight, probably saying ‘mate’ to the Guardia wasn’t the smartest thing to do). He looks at me, I can’t tell what his eyes are doing as he’s got those scary mirrored shades on, tells me he’s going to fine me and stalks off to his jeep.

He returns. By this time I’ve already posted on Facebook and started to receive messages telling me that I should have changed my licence back in January of this year. But wait!

Hang on I think, didn’t we already check if we needed to do it. We have EU/UK driving licences issued in 2013 which don’t need to be renewed for another seven years. I want to be within the law. I start to feel indignant, and try my best to argue with the mirrored one who clearly isn’t interested in hearing my bleats.

No, NO says my Facebook collective, you are a resident, if you have been a resident for more than two years in Spain you have to have a Spanish driving licence. But we’re in the EU I argue, again, pathetically beating my metaphorical head against the wall. Okay I surrender, I will get the Spanish driving licence organised ASAP. But still I’m issued with a fine for €100. Then my friend Andy posted his story about going to Trafico.

“I was told I had to replace my licence with a Spanish one. This meant getting a medical. Forty five minutes, and €60 later, armed with a piece of paper that basically said I was able to fog a mirror, I returned to Trafico. A further 20 minutes later a different guy finally agreed to look at my licence again. His exact words when he did were, in English, “This is a European licence, it has an end date, you don’t have to do anything. Go home, drive your car, be happy, Bye bye.

“Even by Spanish bureaucracy standards this was shocking. A few rounds of, “I have just paid €60 for a medical that you now say I don’t need, “*Shrug*” If I don’t need this, why was I told I did?” “Shrug*”

“Eventually the woman who had told me I needed it came over; they walked away and started arguing. Then a third person joined in the arguing. After five minutes of heated conversation and pointing at my original licence, he came back and started filling in forms. He was obviously angry; no-one needs to use rubber stamps that forcefully! 🙂 10 minutes and another €23.00 later it was done.”

I can’t wait. My driving licence appointment is in two weeks. Another column awaits.