An unexpected visitor to the Rock 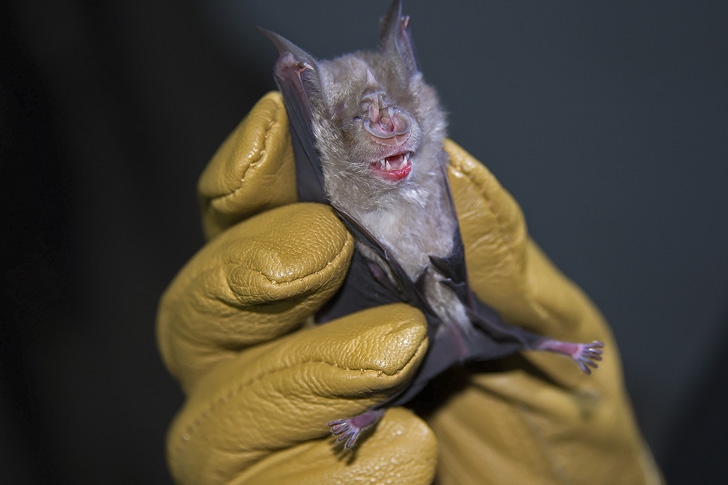 IT is not often you find a new species on the Rock, especially a mammal but that is exactly what happened last Friday August 5.

Dr Geraldine Finlayson of the Gibraltar Museum found a bat lurking in the dark depths of a cave but this was not one of the usual species for Gibraltar. She immediately reported her findings to specialists at the museum’s Natural History Department. Excited by the prospect from the photographs which they saw, recognising it to be a species of horseshoe bat, a team from the Gib-Bats project was quickly dispatched.

After several hours of work the team identified the bat as a Greater Horseshoe Bat (Rhinolophus ferrumequinum), a species which had never been recorded in Gibraltar before.

There are five species in total of Horseshoe Bat in neighbouring Spain and Morocco, with the Greater Horseshoe being the largest species. The team of experts understood from old records that Lesser Horseshoe Bats (Rhinolophus hipposideros) were once found on the Rock, but they became extinct locally over the past decade. This is therefore an extremely important find. This particular individual was a juvenile female, born in 2016 and was probably dispersing from its birth site in search of new feeding grounds.

The Greater Horseshoe Bat is a large bat, with a wingspan up to 40 cm across. It has a distinctive nose leaf, which has a horseshoe shaped lower part, hence the species name. Its horseshoe nose leaf helps to focus the ultrasound it uses to ‘see’ at night. This species ranges from North Africa and southern Europe through south-west Asia, the Caucasus, Iran, Afghanistan, Pakistan and the Himalayas to south-eastern China, Korea, and Japan.

These bats feed mainly on large moths and also large beetles which they catch off the ground. It is entirely plausible that since the Catalan Bay Sand Dune on the Rock’s eastern side was cleared of the water catchments and vegetation now grows on the sand, it has allowed more insects to colonise the area. This may have produced new food sources for bats which may be tempting new species to come in. If this is the case, this example illustrates the value of the habitat restoration which has taken place on the eastern side.

Gib-Bats is a collaborative project between the Gibraltar Museum, the Department of the Environment and the Gibraltar Ornithological and Natural History Society.