The impossible art of tidying up 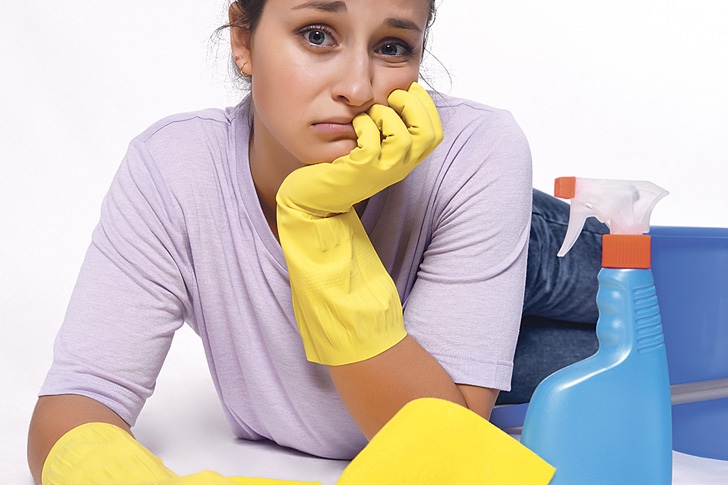 TIDYING UP: How can I be sure I won’t ever need something again?

MY family and I are watching the Olympics. It’s irrelevant which sport it is really as we’ve become armchair experts in each and every one. It hasn’t taken us long. We’ve not watched Women’s gymnastics since, well, the last Olympics, but they really should hire us all as judges because we’re really good at it.

Despite not even ever actually attending a competition my daughter, husband and I are tutting and shaking our heads as every perfect gymnast throws herself over the vaulting horse, flips three times, somersaults and lands backwards and has the gall to STEP BACKWARDS on the landing! We know that this is a bad thing. As are the divers being ‘TOO SPLASHY’ on their entrance into the pool.

The Olympics are a great distraction from the real issue which is our living room. We haven’t actually lived in the room for a few months since our kitchen was transformed. To be honest, I haven’t even been in the room.

There’s been no time and no inclination because there’s still quite a lot of kitchen lurking in the sitting room alongside the ‘sporting corner’ (two bikes and a rowing machine) and the ‘musical corner’ (a baby grand piano, anyone want it? Come get it). So being in our living room is depressing. However in order to be sofa judges we’ve had to find a spot, and we couldn’t figure out a way to watch on our PC, so it had to be the telly which hadn’t been turned on in four months either.

This has inevitably led to something I have been dreading. Tidying up. It’s not so much the action of tidying up but the decision making that goes with it which I find to be annoying and difficult. There’s a book, written by a woman called Marie Kondo. It’s called ‘The Life Changing Art of Tidying Up.’ Her advice is to first, put your hands on everything you own, ask yourself if it sparks joy, and if it doesn’t, thank it for its service and get rid of it (so far I’ve found her advice to be a little naive as my vacuum cleaner does not spark joy in my heart, but I need it, so it has to stay).

Second, she says, once only your most joy-giving belongings remain, put every item in a place where it’s visible, accessible, and easy to grab and then put back. Only then, according to Kondo, will you have reached the nirvana of housekeeping, and never have to clean again. Ooh, hang on! Never have to clean again, now that I can get into. But how can I know for sure that I won’t ever need something again?  And what about all those lovely paintings La Gidg did when she was a baby, am I heartless for getting rid of them?

Or all those newspaper clippings of articles I’ve written over the years, should I just shred them? But probably my main problem is my 10-year-old daughter, because as quickly as I’m decluttering she’s recluttering behind me. Now if we could make tidying up into an Olympic sport maybe there’s something we could do there, I could watch that on the telly all night long.