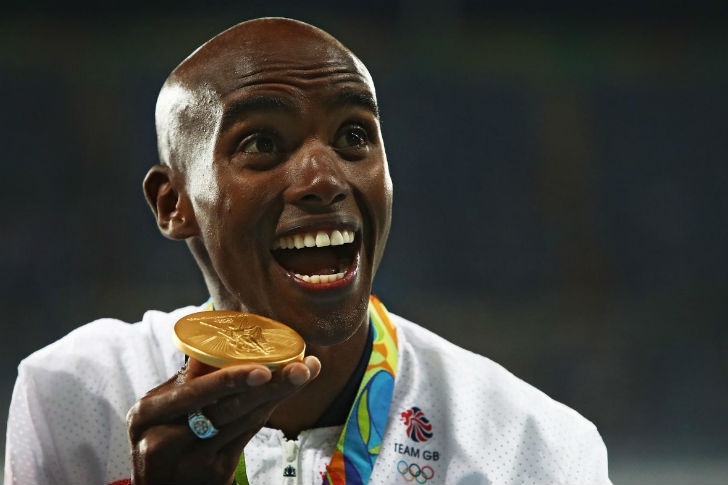 BRITISH athletes have now racked up an impressive 30 medals, including ten golds, at Rio 2016 after another superb showing on day eight, although there was no repeat of the infamous ‘Super Saturday’ trio of track and field medals, when Jessica Ennis-Hill, Greg Rutherford, and Mo Farah all won gold in 2012.

Ennis-Hill had to settle for silver in the women’s heptathlon after being narrowly beaten by up-and-coming Belgian Nafi Thiam, who won by 35 points, while Katarina Johnson-Thompson finished a distant sixth, and the former champion hinted at retirement in the immediate aftermath.

“It’s going to be a tough decision, I’m going to go away and think about it,” she said. “At this moment, I’m tired and emotional, it’s a big decision.”

Rutherford also missed out on gold in the men’s long jump, picking up a bronze medal to add to his gold from London 2012, and he was clearly distraught, breaking down in tears during a BBC interview in which he said he was “gutted.”

Farah, meanwhile, became the first British track athlete to bag three Olympic gold medals despite coming a cropper with 16 laps to go, when he was accidentally tripped by US training partner Galen Rupp, recovering admirably to seal victory with a customary strong finish, showing Kenya’s Paul Tanui a clean pair of heels on the home straight of the men’s 10,000 metres.

Magnificent Mo will now attempt to become the first man since Finland’s Lasse Viren in 1976 to retain two Olympic distance titles when he competes in the 5,000 metres, and he said: “I’ve won an Olympic gold for three of my children, now I’d like to win the 5,000m gold for my little boy.”

In the velodrome, Laura Trott, Joanna Rowsell-Shand, Elinor Barker and Katie Archibald retained the women’s team pursuit title with a stunning world record to see off the United States in the final, with Trott entering the realm of the greats as she picked up her third Olympic gold.

She will now attempt to make it four as she defends her omnium title on Tuesday, August 16, while boyfriend Jason Kenny faces new kid on the block Callum Skinner in an all-Team GB men’s sprint final on day nine, guaranteeing two more medals in what has been an unexpectedly dominant performance from the cycling track team in which Becky James also claimed a silver in the women’s keirin.

Britain topped the medal table in the rowing, as events came to a close with a first-ever podium place for the women’s eight, who picked up silver, while the men’s eight led from start to finish as they nabbed another cracking gold.

The swimming competition is also over, with Britain clinching a in the men’s 4×100 metre medley relay, as Adam Peaty added to his 100 metre breaststroke gold medal with a scorching leg to see the team completed by Chris Walker-Hebborn, James Guy and Duncan Scott into second place, with Team GB’s final total of six swimming medals their best haul since 1908.

Day nine highlights include Andy Murray attempting to defend his 2012 title in the men’s tennis final, in which he takes on Argentina’s Juan Martin del Potro, who beat Rafa Nadal in his semi-final after the Wimbledon champion had breezed past Japan’s fourth seed Kei Nishikori.

Justin Rose leads the golf competition by a single stroke going into the final round, Nick Dempsey is guaranteed a wind-surfing silver, and Max Whitlock is favourite to win Britain’s first-ever Olympic gold medal in the men’s pommel horse as the British team remain in third place in the medal table.