Muslims pray for peace and reject terrorism in Hampshire 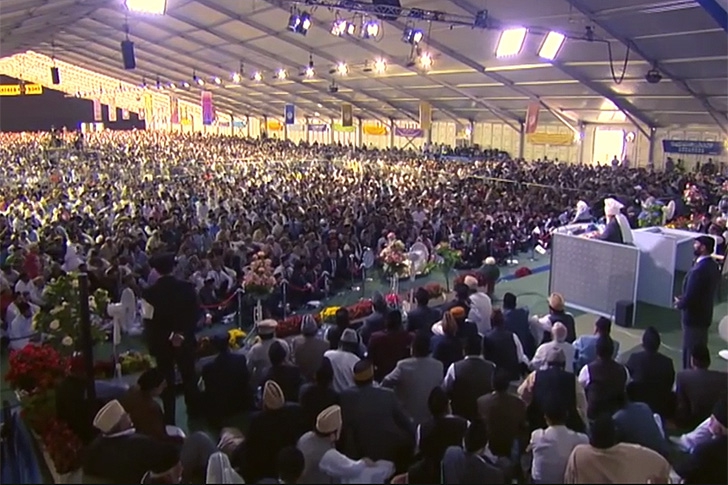 FOR those of us who are not Muslims, it is sometimes very difficult to differentiate between the various movements that exist within that faith and it is almost too easy to lay blame for terrorist atrocities at the door of all followers of Islam.

The two most well-known branches of Islam are represented by the Sunnis and Shi’as and although both follow the words of the Prophet through the Koran their beliefs differ as to the appointment of a prophet to succeed Muhammad.

Over the years, there has been a great deal of dispute and persecution between the two movements and currently, both Saudi Arabia and Iran are seen to be flexing their muscles against each other using the civil war in Yemen as their sparring ground.

Apart from these two main groups, there are a myriad of other groups who believe in slightly different visions of Islam and one of those groups, the Ahmadiyya Islamic movement which believes in peaceful cohabitation with all groups of people regardless of their colour, race or creed held their 50th annual meeting in the UK over the weekend of August 13.

More than 30,000 members from all over the world converged on a site in Hampshire to discuss a number of important religious points, especially the fact that they as a group have been persecuted for years by other branches of Islam and indeed thousands fled Pakistan for fear of attack and due to lack of work opportunities due to discrimination.

Many in Europe complain about the fact that Muslims do not publicly criticise those who kill in the name of the Prophet but at this meeting, the leader of the international group, the Caliph Hazrat Mirza Masroor Ahmad told attendees that they should all make a vow of peace and pledge allegiance to the countries in which they live.

According to the MailOnline, he stated publicly “The only thing the terrorists are achieving is to completely violate the teachings of the Holy Quran and of the Holy Prophet Muhammad,”

In addition, he went on to say “Let it be clear that they are not practising Islam, rather it seems as though they have invented their own hate-filled and poisonous religion.”

The leader of the UK Ahmadiyya Muslim Community, Rafiq Hayat went on to add “Many have fled persecution in other countries and together, they will re-affirm their pledge to follow the true teachings of Islam – that are teachings of peace – and to counter all forms of extremism and intolerance.”

“We have much to be grateful for in Britain which has allowed our community to prosper and contribute to British life for more than 100 years. We count ourselves proud to call ourselves British Ahmadi Muslims.”

The official motto of the movement is “Love for all, hatred for none” and Glasgow shopkeeper Asad Shah was killed in his shop in March by the follower of a different, more hard line Muslim branch for supposedly ‘disrespecting’ Islam.