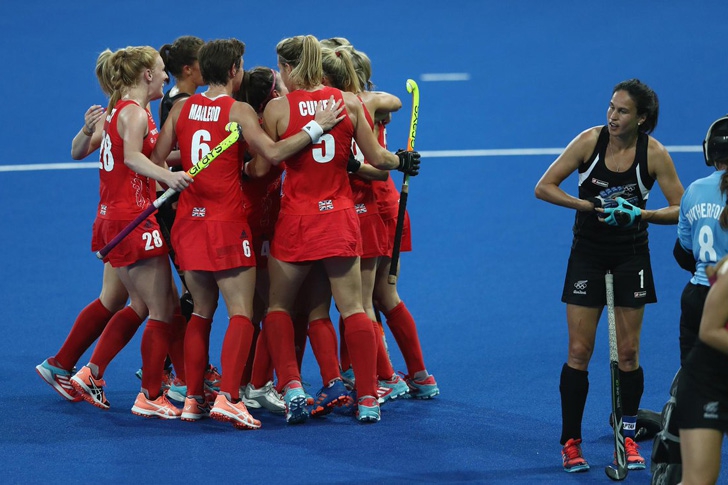 THERE were no medals for Team GB on day 12 in Rio, but the women’s hockey team produced a superb performance to beat New Zealand 3-0 and reach their first Olympic final.

Two goals from Alex Danson and a penalty stroke by Helen Richardson-Walsh ensured that the team is guaranteed at least silver in Friday’s final against world number ones the Netherlands; improving on the bronze medal they won at London 2012.

The British ladies are currently ranked seventh in the world, but were the only team to exit the group stage with a 100 per cent record after seeing off Argentina and Australia, ranked second and third, respectively, before beating Spain in the quarter final and now the fourth-ranked kiwis.

In sailing, Britain’s Hannah Mills and Saskia Clark were forced to wait for their Olympic gold medals due to a lack of wind, which caused racing to be postponed, with the pair only needing to finish the final race to win the competition.

In the men’s 49ers class, fourth-placed Dylan Fletcher and Alain Sign could also force their way onto the podium should results go their way in the medal race.

Meanwhile, an unnamed Team GB athlete was robbed at gunpoint while returning to their accommodation in the early hours of Tuesday, August 16, after enjoying a night out, leading British track and field officials to dispatch an email to athletes which warns that if they leave the Olympic village they do so at their own risk.

According to The Guardian, the message recommends that athletes should “avoid leaving the village after dark in anything other than British Olympic Association/Local Organising Committee/UK Athletics transport, taxis cannot be considered safe late at night. If you are planning on going out after dark and have no way of returning other than via taxi, do not go out.

“Do not go out of the village wearing TeamGB kit or carry anything of value unless absolutely unavoidable, this makes you too big a target for theft/crime,” it continues. “You MUST inform a member of team management if you are leaving the village and planning on staying out overnight, please do this BEFORE you leave.”

Two US swimmers who were with Ryan Lochte when he was allegedly robbed on Sunday morning were arrested as they attempted to leave Brazil on Wednesday.

Jack Conger and Gunnar Bentz were detained as they attempted to board a flight and held briefly, with questioning expected to continue Thursday, after police queried their accounts of the mugging.

Lochte and a third teammate, James Feigen, were also barred from leaving Brazil, but the former had already gone, after he initially told investigators that the four men were returning from a party at the French Olympic team’s hospitality house in a taxi when they were robbed at gunpoint.

Police say they can find no evidence of the robbery and have pointed out ‘inconsistencies’ in the four accounts, after Lochte and Feigen said they returned to the Olympic village at 4am local time, whereas CCTV videos show them arriving at 7am.

TV presenter Charlie Webster is said to be seriously ill after she contracted an infection following the Olympic opening ceremony.

The 33-year-old is in Rio after completing a six week charity bicycle ride prior to the games, but she was admitted to hospital on August 6 and her publicist has confirmed that her condition has since deteriorated to a point at which she is fighting for her life.