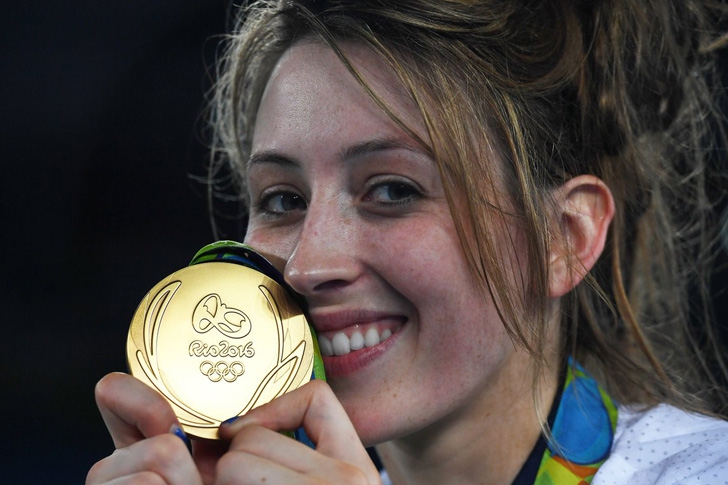 The 23-year-old’s win means that Welsh athletes have now contributed 10 medals, including four golds, to Britain’s overall tally of 56, just nine short of the record 65 they won at London 2012 with three days of competition left.

“I’m still young so to be double Olympic champion already is crazy to be honest,” she said afterwards.

“I started crying before the semi-final because I was just so nervous and felt so much pressure. But I pulled it off when it mattered so I’m just so happy.”

After failing to win a medal on day 12, Team GB started day 13 with a bang as the incredible Brownlee brothers bagged gold and silver in the men’s triathlon.

28-year-old Alistair became the first man to win successive Olympic titles on a sweltering day in Rio, while 26-year-old Jonny improved on his 2012 bronze medal.

The Yorkshire pair decimated the field as they worked together during the swim and cycle stages, before Alistair pulled away with half of the 10 kilometre run remaining.

By the end, the older sibling was so far in front he could afford to walk the final hundred metres, applauding his brother before crossing the line to win by around six seconds as the two then collapsed in a joyful, sweaty heap.

In sailing, Hannah Mills and Saskia Clark confirmed Team GB’s second Olympic gold of the regatta in the 470 women’s pair, as they finished eighth in the final medal race.

The London silver medallists only needed to complete the race to claim gold after amassing an unassailable lead in the earlier rounds, and the delighted duo celebrated by breaking protocol to head for the beach where their loved ones were waiting.

There was further glee as Liam Heath and Jon Schofield won the silver medal in the men’s 200m kayak double behind the Spanish pairing of Saul Craviotto and Cristian Toro, beating third-placed Lithuania by just 0.014 seconds.

Nicola Adams also reached the women’s flyweight final as she attempts to become the first British boxer to retain an Olympic title for 92 years.

In the athletics stadium, Usain Bolt sealed his status as the greatest sprinter of all time by winning the 200 metres in 19.78 seconds to complete a remarkable trio of Olympic sprint double victories.

When asked if this was his last 200 metres, the great champion said: “I don’t know, I said when I come to the championships in London next year it would be 100m and that’s it. My coach has a way of trying to convince me, but personally I believe this is my last one.”