Anointed ‘dude’ by a Hollywood icon 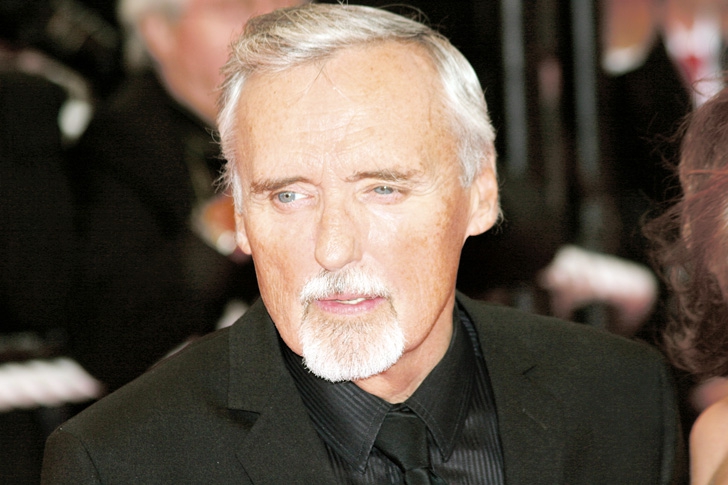 IT was early summer in about 1971 when I met him. I was playing tennis at my brother’s house when a friend shouted: “Hey come on up, I got a friend I’d like you to meet.”

We finished our set and decided to take a break for water so I climbed the steps to the upper terrace level to greet my friend. “Ric, here is a guy I know you’re gonna’ like. And he wants to meet you cuz you’re a fellow American.” There, reposing on the floor next to a chair, was a long haired guy. He took his sunglasses off and stood. I said my name and thrust my hand at him to shake. He touched it lightly as a passing gesture and immediately started grilling me: “Hey dude, nice to meet ya. Where ya from?” When I alerted him to the fact that I was from Iowa he took a step back and said: “Whoa, that’s a long way from here.”

“Ric,” interrupted my friend who had brought the stranger to me, “this is Dennis Hopper, the Hollywood actor. You know, of Easy Rider fame, and all that.”

Well, he might have said “Bill the rock” or Ned the Nat” as neither his name nor movie title meant anything to me. I gave a polite nod and smiled to veil my ignorance. “Dude, I gotta ask you, what do you do here? I mean all day,” and he spread his arms wide open.

“Well, that’s a good question, but you’d be surprised how in the course of a day opportunities for diversion appear. I read a lot and drink. Does that count?” I said as if I had to justify my existence. “Got any bourbon?” he blurted.

“Well, ironically I do.” So off I trod to get it and see if I couldn’t crack the code on this long haired actor guy from California.

Well, here the story ostensibly ends. I had no reason to ask him poignant questions or search for self-revealing facts. He replied in well rehearsed monologues that went nowhere, or opened any doors. A most unremarkable afternoon’s drinking. Wasting a full bottle of Four Roses on some actor and going nowhere. It might have been more fun drinking alone and talking with my resident geckos. Besides, I was still wondering what a ‘dude’ was and whether or not it wasn’t an offensive remark.

About 20 years later the movie finally showed up in Vera at the terraza Carmona. I was gobsmacked about how well it portrayed an almost forgotten era (perfectly). And who was that other actor, Jack Nicholson, that stole the show? I then concocted about 200 questions I wanted to talk with Dennis about but don’t suppose he would remember our enlightened encounter. So it goes, Goodbye Capt. America, I never really got to know you (dude)!