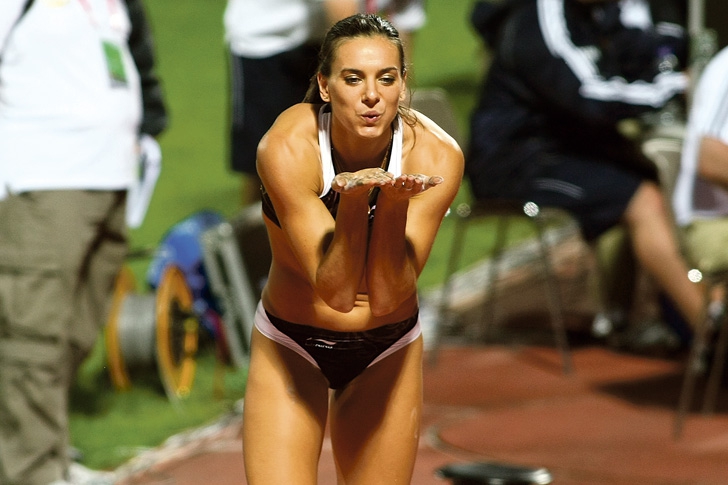 CORPORATE GREED: Some athletes will do anything to win.

THE Rio Olympics – and Britain’s massive gold medal haul – provided Brexiteers with the, umm, golden opportunity to brag that the UK can thrive outside the EU. In its video, Leave. EU featured medal winners with the slogan ‘we may be small but we truly are Great Britain.’

For others though, the Olympics are simply an exercise in corporate greed run by corrupt officials, hosted in countries that can ill afford them. For them, the athletes are totally self-obsessed, game to do anything to win, setting an appalling example to others.

Can’t win cleanly? Drug yourself up and get someone else to, err, provide a sample. Good at athletics? Never mind the crippling arthritis or the wandering hands of your coach, take the performance-enhancing drugs, that medal means everything!

But there are always two sides to every story. With drug cheat athletes from the former East Germany recently warning that doping will lead to a lifetime of chronic health problems (heart, liver, kidney failure, infertility, etc.).

I recall reading somewhere that many of these East German athletes were selected as very young children and taken to special sports schools, where anabolic steroids described as ‘vitamins’ were routinely doled out. The pressure to conform and comply must have been overwhelming and hard to resist. Many coaches, doctors and officials have since confirmed that the doping was kept secret from athletes, parents and family doctors.

Several athletes have already died prematurely as a result. It is nearly always a ‘team’ effort as a successful doping programme is complicated to administer, yet it is always the athlete alone who pays the price.

This is why the IOC’s decision this summer not to ban Russia is a downright disgrace, as it has failed to protect future generations of competitors from the pressure to dope, pressure which comes not just from coaches but, sometimes, the state itself.

The IOC needs to get its act together NOW to prevent ever more serious problems/scandals happening, not trying to fix them after the horse is (Usain) bolting down the road.