Lessons from a day at the beach! 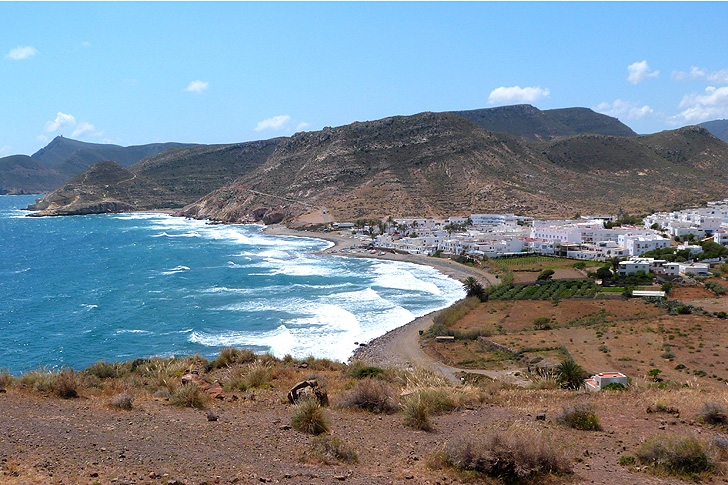 AGUA AMARGA: The beach of choice for the family summer outing.

We have always lived near to the sea, since we’ve been in Spain. But, rarely went there. Familiarity meant the sea was a backdrop to our lives but not usable scenery. But, when the boys came along, it seemed the rule of summer law to take them to the beach; build sand castles, collect the rocks and endure the sunburn.

Now, living so near the Mediterranean it was just too easy to walk there. The adventure had to be transposed into an outing. Car had to be packed, drinks and cooler sorted, umbrellas and a blanket to sit on. We always went to Agua Amarga. Pristine beaches and never ever anyone there.

Arriving about 10am gave us our complete choice of beach to homestead. In either direction one looked there were miles of sand and nothing else. Bueno, camp was set up and I walked back to the car to get more equipment. By the time I returned another family had shown up. They too had five derelict miles of sand to choose from in any direction.

Where to encamp? Naturally within spitting distance of us. New neighbours, four screaming children, a dog that was so enraptured by the event it couldn’t stop barking and finally passed out to catch his breath. Mother, father and Grandma and tons of beach paraphernalia including boxes and buckets full of food, drink and desserts. (I mean, who eats desserts on the beach? I was soon taught the unexpected).

Grandma intervened first insisting we baste our children in sun screen. She mumbled lots of other proverbs and advice but it got lost in the listening. As the morning wore on we became the best of friends. They had never seen an American football before and had trouble kicking it as they would a soccer ball. I didn’t explain, preferring to keep my Sunday sanity.

As the day wore on others arrived and naturally pitched their tents and condiments as near to us as possible. A beach city was created in the morning. All my wife could do was shrug her shoulders, why? It probably had to do with sea monsters coming out of the Med searching for people to eat. Being easy pickings no one to be a tapa.

So, there we were, all there on the beach but scurrilously observing each other as if waiting for a special event to happen. No one gazed at the sea but were preoccupied with scrutinising the neighbours. Then it happened. One of the Grandmas, veiled totally in black, reached for a bag of crisps. The food frenzy was initiated. Wrappers flying in the air, bottle tops discarded and jaws which quit flapping and began biting in earnest. Like piranhas at a Nemo BBQ.

HISTORICAL WARNING, ice cold red wine is dangerous drunk on the beach. It gives you wobbly sea legs and makes you talk in strange sounds.