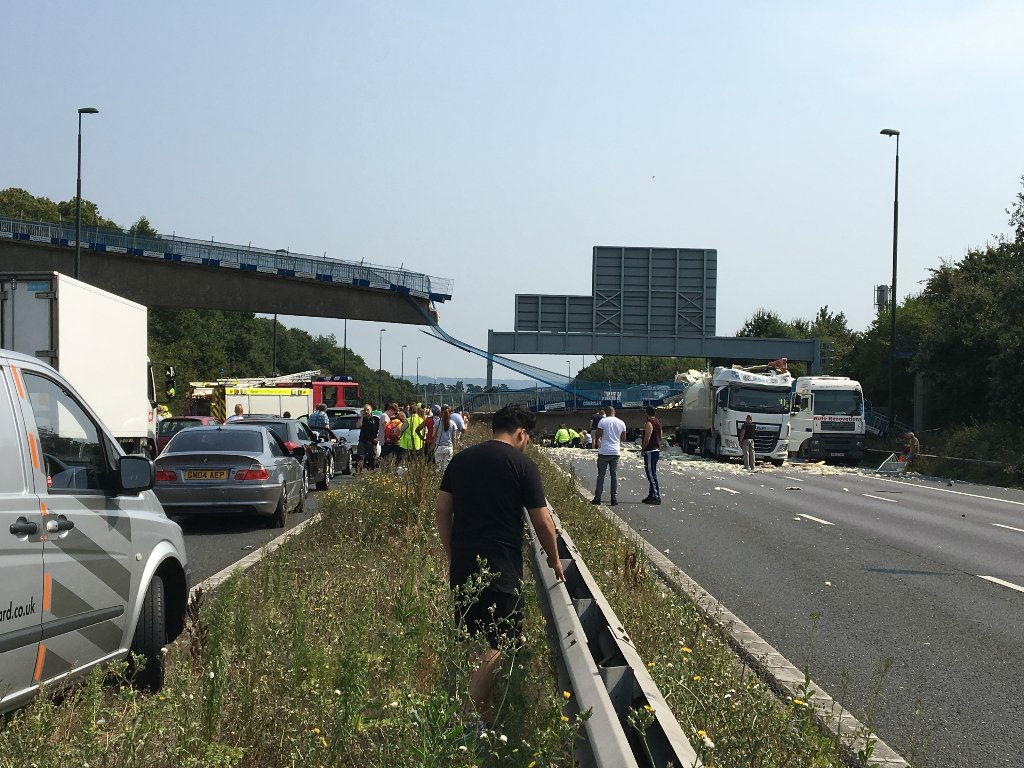 A scene showing the collapsed bridge

CHAOS continues with part of the M20 in Kent closed due to the collapse of a pedestrian bridge on August 27.

The collapse was caused when a lorry hit the bridge causing part of it to collapse onto the carriageway. Incredibly just one motor cyclist was injured and taken to hospital with broken ribs whilst no other person was hurt although the lorry involved in the accident and one following it were damaged.

The actual accident couldn’t have happened at a worse time or in a worse place as it was expected that commencing August 26, the weekend before the UK bank holiday was to be the busiest of the year and the M20 is the main road to both Eurotunnel and cross channel ferries. Added to this was the fact that the accident occurred near the junction with the M26 and to quote the Guardian newspaper, this was ‘carmageddon.’

Parts of the M20 as well as the M26 were closed whilst experts were brought in to consider not only how best to clear the debris but also to establish whether the remaining structure of the footbridge was stable.

After working overnight, they have started to remove the section which fell onto the motorway by using two giant cranes to lift and remove that section and experts believe that the remaining structure is sound and can be left in place although they will place movement sensors along its span once the road is re-opened.

Until the fallen piece is removed, they will however be unable to decide whether the road itself is still sound or whether that part will need to be repaired causing further delay.