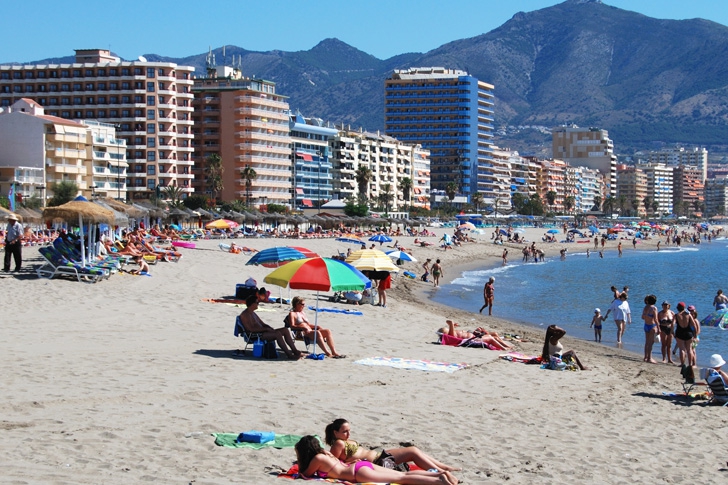 ‘IT WAS LIKE SOMETHING OUT OF A MOVIE’: Beachgoers were told to get out of the water.

BEACHGOERS in Fuengirola were subject to an almighty scare on Sunday, August 28, as lifeguards suddenly began to blow their whistles, screaming and waving frantically at bathers to get out of the water after a shark was apparently spotted lurking just a few metres offshore.

Although the presence of the predator could not be confirmed by official sources, around three kilometres of coastline were immediately shut down, with red flags hoisted for around five hours.

The alert was broadcast a few minutes after midday, when three separate calls were received by the 112 emergency service, one of which claimed to have seen the dorsal fin of a shark measuring “three or four metres” in length.

Wide-eyed witnesses recounted how subsequent scenes were reminiscent of the movie ‘Jaws,’ as hundreds of terrified swimmers stampeded out of the water, while those using the floating inflatables were brought in using jet skis.

Within minutes, the entire strip between Sohail Castle and the border with Mijas was emptied of bathers, as the entire beach rose to watch the incredible scenes.

A Guardia Civil patrol vessel was called in to comb the area, but no evidence of the creature could be unearthed, leading the green flag to be raised once more.

Many holidaymakers remained wary however, with the majority deciding to avoid taking a dip until the following day.

“We were told that we could swim, but many people were on edge,” said Roberto, who is holidaying from Madrid with his family.

Juan Jesus Martin, a biologist from the Aula del Mar museum in Malaga City, was skeptical, as he said: “There are no sharks in the Mediterranean because they move in the open sea; when one has appeared it has always been injured and offshore because they do not approach the beach.

“This could have been a dolphin or even a sunfish, and although it is logical that the beach was closed we can be calm because there has never been a shark attack near the beach.”