Ban the burkini? I say yes 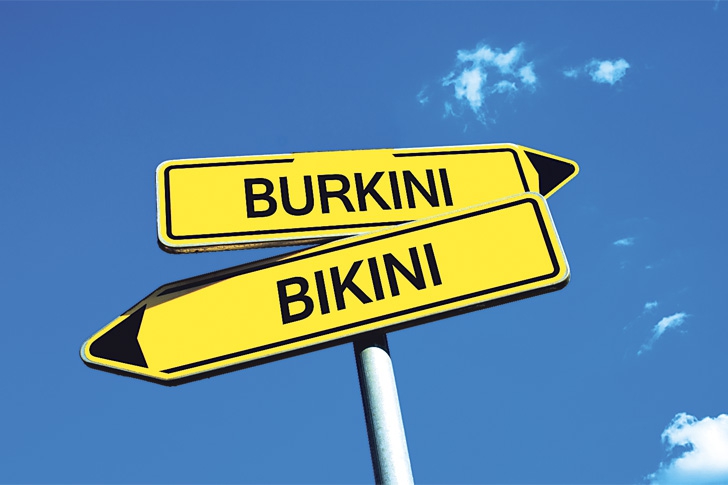 I AM 100 per cent in agreement that the beach shroud or ‘Burkini’ should be completely banned from public bathing sites. The reason? It offends me.

In the countries supported by those who follow these practices, it is not only against the law to even show a glimmer of flesh, the full weight of the law will drop on anyone who seeks to do so.

I have seen western women’s arms and lower legs struck by ‘religious police,’ who carry thick bamboo canes explicitly for this purpose.

And this to foreign women, who have tried to respect the country they are in, but unfortunately find their Kaftans have not quite reached low enough or are not long sleeved enough to satisfy these hypocritical bigots. The reason? It ‘offends’ them.

Although I’m not in the habit of wearing a bikini on the beach (not a pretty sight!) I can see how a Western women, in perfectly acceptable bathing attire, can be made to feel totally uncomfortable lying next to a ‘holier than thou’ member of the same sex wearing a black diving suit. Well, the idea of that in our free democracy offends me.

After the Second World War our countries were completely devoid of colour and variety. Vehicles and clothing were a drab mixture of grey and black.

Slowly but surely, we began to recover from the horrors of war and with it came the emergence of wonderful colours and fashions that played an important role in lifting us from the depression and misery inflicted by the conflict.

It therefore offends me to find parts of our societies being taken over by people, whose ancestors have played no part in the shaping of our countries, parading the pavements in depressive black shrouds and now wanting to extend their bigotry to our resorts and democratic places of fun and freedom.

Areas which have been fought and won for by men and women who had more courage in their little fingers than those millions of cowards fleeing from the countries they seem to want to emulate so badly.

Well you all offend me.