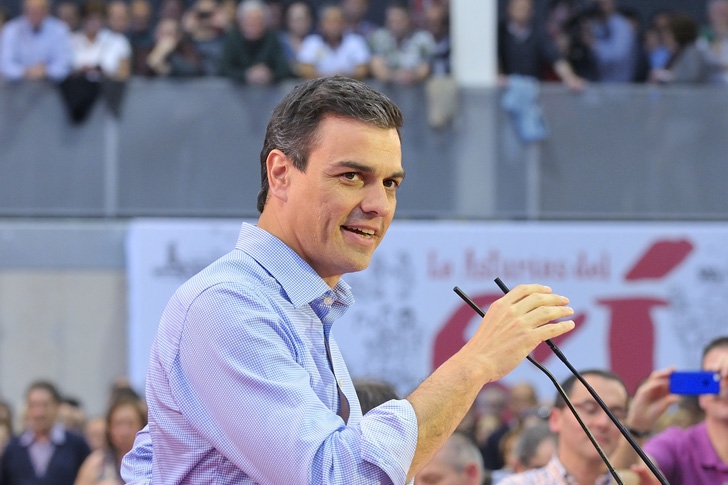 ACTING president and Partido Popular leader, Mariano Rajoy, is 61 with a Methuselah streak. His third shot at the presidency paid off in November 2011 when the economic crisis was at its worst. The PP’s endemic corruption, which Rajoy barely acknowledges, surfaced on his watch and opponents complain that as the most-voted politician in December and June he regards this as tacit forgiveness.

Rajoy was a swot who sailed through exacting Civil Service exams to become Spain’s youngest-ever Land Registrar at 23. If it all goes pear-shaped he could return to Santa Pola (Alicante), whose Registry he still holds.

ALBERT RIVERA (36), who heads Ciudadanos, said he would rather be useful than important. Now he is both after offering assistance first to Pedro Sanchez last winter and more recently to Rajoy, demonstrating a usefulness lacking in Spain where politicians have lost the ability to come together in a pact or seek consensus.

An ace debater and champion swimmer at university, Rivera wins plaudits for giving the impression that he is willing to put voters before personal ambition. Inexplicably, Ciudadanos’ share of the vote diminished between December and June but Rivera’s swimming expertise should keep him afloat for some time to come.

PABLO IGLESIAS, a 37-year-old described as “more Groucho Marx than Karl,” emerged from the 11-M protest movement. Podemos snaffled five seats in the 2014 European elections on the back of pony-tailed Iglesias’ television chat shows but its founders cannot shake off former links to the Venezuelan government.

Last December’s results misled Iglesias into believing that Podemos would do even better in a second election but an alliance with Izquierda Unida, the former Communist Party, did not pay off in June.

Tensions are rife inside the party and Iglesias is keeping an uncharacteristically low profile but always has punditry to fall back on.

PEDRO SANCHEZ leads the PSOE socialist party thanks to primaries that were his idea. The 44-year-old is more popular with card-carriers than the party barons, who preferred Andalucia’s regional president Susana Diaz.

Tall, dark and handsome, Sanchez fails to impress, haemorrhages votes, has not used Rajoy’s unpopularity to his advantage and spends too much time watching his own back.

He played for the Los Estudiantes, a basketball team affiliated to Atletico de Madrid, and once considered turning professional. This avenue is probably no longer open should Sanchez seek a career change.