She’s not giving up 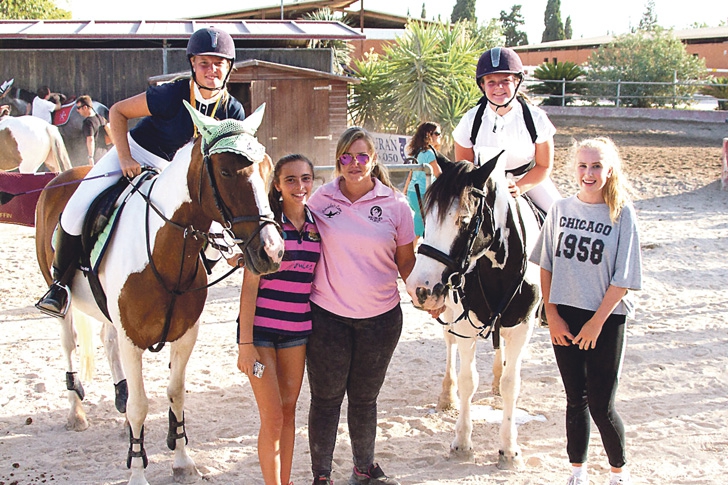 FIRST COMPETITION: Riding a horse is not something you learn overnight.

MY daughter wanted me to promise that I wouldn’t shout out or make any kind of loud noise when she rode in her first show jumping competition last weekend. I was mortified that she’d think I would embarrass her in anyway (Moi? Mais non!). But I shrugged off the niggly hurt feeling that tickled in the back of my heart, and promised.

She’d been preparing for it for a month, although in reality she’s been working up to it since she started riding at Club Caballisto Son Malero in Calvia three summers ago. Riding a horse is not something that you learn overnight. But she’s practised on many and I feel that she’s a competent rider, as do the examiners who have awarded her the ‘Galopes 4.’

Of course, the first time at anything is difficult. When you’re only 10 and on top of a horse that you’re about to ride in front of a bunch of strangers in a strange arena in your first competition then you can probably imagine the extra level of pressure. With fingers crossed and lips sealed shut I watched her enter the ring and ride with a determined face towards the first jump.

Barney, her mount, decided at the last moment that he didn’t fancy doing it, and she hadn’t been that insistent about pushing him on, so he took the opportunity to duck out the side rather than jump.

Refusal number one. She turned him around and pointed him at the jump again, oh okay then he accepted it and popped over it. They arrived at the second jump and he swerved to the side again, whilst she went in the opposite direction and hit the floor, as did my heart. Game over. Two refusals and you’re eliminated.

They left the arena and the competition continued. She was shaken, tearful, and probably a bit frightened, but she was told she had the chance to ride the course again at the end of the competition, as did the other people who had been eliminated. Did she want to do it again?

I doubt that Sophie, her trainer, gave her the option, it was always taken as read that she would. After all of this time, all of the preparation it couldn’t end this way. So back into the arena she went. The announcer asked for her name, she rode over and told him, and he introduced her to the spectators as ‘Georgina Neilson, Valiente’ (Brave). This time, everyone held their breath as she managed to get round with less drama, a tonne of guts and courage, and determination not to give up.  A big character building event, and a day to remember forever.

And did I remember to keep my mouth shut? At the end of the second round I wasn’t the only person shouting and cheering for her, all of the audience were rooting for her as well, and as she managed to get over the last jump we all erupted in applause and ‘Bravos.’ She didn’t seem to mind so much, after all. www.mallorcamatters.com