Mother Teresa canonised amid criticism of her miraculous methods 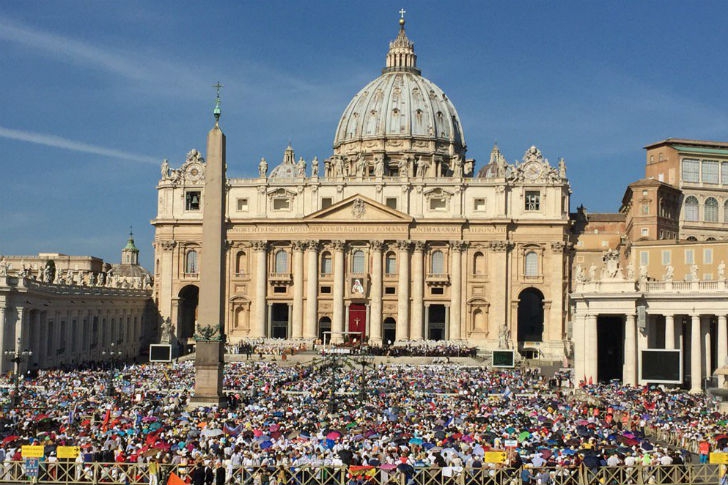 POPE Francis has declared Mother Teresa a saint in a ceremony held at the Vatican on Sunday, September 4.

More than half a million pilgrims are estimated to have gathered in St Peter’s Square for the two-hour Mass and canonisation.

The event was transmitted live to her adopted home of Kolkata [Calcutta], India, and Catholic audiences worldwide.

Cardinal Angelo Amato read a brief biography of the diminutive nun’s work, then requested that the Pope canonise her in the name of the Church.

Pope Francis responded: “After due deliberation and frequent prayer for divine assistance, and having sought the counsel of many of our brother bishops, we declare and define Blessed Teresa of Calcutta to be a saint and we enrol her among the saints, decreeing that she is to be venerated as such by the whole Church.”

The woman who became a global icon for her charitable work for the poor will now be known as Saint Teresa of Kolkata.

The canonisation was preceded by a series of seminars, feasts, musical events and prayer sessions in Rome, while three months of commemorations are planned in Kolkata, including book launches, art shows, a stadium mass and the installation of a life-size bronze statue.

Mother Teresa dies in 1997, aged 87, and she was beatified in 2003, after the Vatican decreed that an Indian woman’s stomach tumour had been miraculously cured by the nun.

Pope Francis then cleared the way for her to be declared a saint after he attributed a second miracle to her in 2015.

She is not without her critics, however, with one Indian petition criticising prime minister Narendra Modi’s decision to dispatch a 100-strong delegation led by foreign minister Sushma Swaraj to the Vatican.

“It boggles the mind that the foreign minister of a country whose constitution exhorts its citizens to have scientific temper would approve of a canonisation based on ‘miracles’,” it said.

Aroup Chatterjee, a doctor who grew up in Kolkata and now works in the UK has been one of Mother Teresa’s most vociferous critics.

He has described Mother Teresa as “a medieval creature of darkness” and a “bogus and fantastic figure,” and his 2003 book, Mother Teresa: The Final Verdict, revealed that the medical care given to sick and dying people by her Missionaries of Charity sisterhood was negligible.

The book is based on the testimonies of people who worked with the group, and claims that syringes were reused without sterilisation, pain relief was inadequate or non-existent, and conditions were generally unhygienic.

Mother Teresa, meanwhile, spent much of her time on a private jet as she flew around the world meeting political leaders.

Christopher Hitchen called the new saint a “religious fundamentalist, a political operative, a primitive sermoniser, and an accomplice of worldly secular powers” in his book The Missionary Position. Mother Teresa.