The divine right of presidents 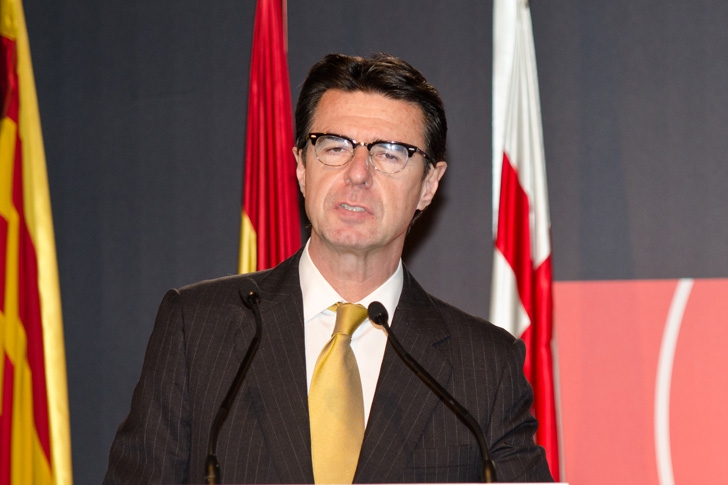 SHADY SORIA: Appointed by Rajoy as representative to the World Bank.

DURING his four elected years as president, Mariano Rajoy ignored Spain’s parliament, practically governing by decree thanks to an outsize overall majority.

Believing in his God-given right to dominate, he made few friends after moving into the Moncloa Palace. With no need for consensus or dialogue, Rajoy cold-shouldered a natural centre-right ally like the PNV in the Basque region. He totally misread Cataluña to the extent that more Catalans now favour secession than when independence rumblings were first heard from another former ally, CiU.

Had Rajoy been able to call on Basque and Catalan votes last week, he would now be president. And if he were not convinced that the Divine Right of Kings applies to presidents too, there would be friends around when he needed them.

WHAT was Pedro Sanchez thinking of when he refused to vote in favour of Rajoy’s investiture, refused to abstain and refused to offer a viable alternative?

Sanchez took the PSOE socialists to the party’s worst-ever defeats in December and June and should have resigned then. Sanchez claims not to want a third election so what are his options? A PSOE-Podemos-Ciudadanos alliance?

A mixed marriage is one thing but a mixed ménage a trois seldom works.

ALBERT RIVERA agreed to vote in favour of Rajoy’s investiture because he is the politician who wants to be useful, not important. His latest, exasperated proposal was the most practical of all: “Anyone who doesn’t want or doesn’t know how to talk or pact should go.”

The pity of it is that Mariano Rajoy, Pedro Sanchez and Pablo Iglesias will each believe that Rivera was referring to the others.

WHAT was Mariano Rajoy thinking of when he appointed Jose Manuel Soria, ex-minister of Industry, as Spain’s representative to the World Bank?

Soria had to resign because the Panama Papers revealed that he managed his money through an offshore Jersey account.

The appointment blows holes through any hope that Rajoy has learnt anything about eradicating corruption or the general public’s perception of his reluctance to recognise it, let alone root it out. What impression does Soria’s appointment give of Spain? A depressingly accurate one, unfortunately.