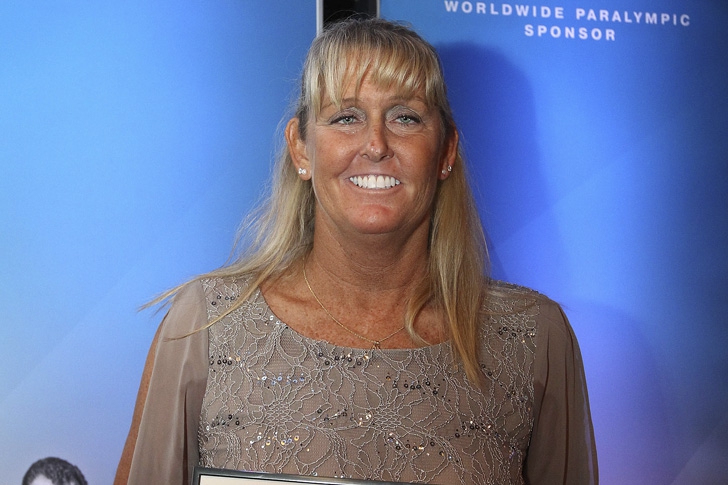 TRISCHA ZORN: Has amassed a total of 55 medals.

THE 2016 Summer Paralympics are well and truly under way. In celebration we we take a look at the 10 most decorated Paralympians of all time.

1. Trischa Zorn. A female swimmer from the USA, this outstanding athlete amassed a medal haul of 55 during her career: 41 gold, nine silver and five bronze. Born blind she began swimming aged 10 and competed in the Arnhem 1980 Paralympics aged 16 winning seven gold medals and setting three gold records. At the London 2012 Olympic Games she was named the most successful Paralympian ever and inducted into the Visa Parlympic Hall of Fame.

2. Jonas Jacobsson. This Swedish sharpshooter was born paralysed from the waist down. He has achieved 17 gold, four silver and nine bronze medals, 27 in total throughout his career, making him the most successful male Paralympian. In 2008 he was awarded the highest annual sporting prize in Sweden, the Dagbladet Gold Medal.

3. Roberto Marson. An Italian multisport athlete he competed in three different sports: athletics, wheelchair fencing and swimming. In total he won 26 medals: 16 gold, seven silver and three bronze. He lost the use of his legs in 1964 when a pine tree he was chopping down fell on his back. He died in 2011 and was inducted into the Visa Paralympic Hall of Fame in 2012.

4. Mike Kenny, MBE. Born in 1945 he is a retired British swimmer who won 16 gold and two silver medals making him the most successful British Paralympian. He began swimming as therapy in the Southport spinal unit hospital after he fell off a ladder at work. In 1989 he received an MBE at Buckingham Palace for his services to paraplegic sport.

5. Beatrice Hess. A French swimmer she broke nine world records at the 2000 Paralympic games in Sydney, her penultimate games. Her career spanned two decades and she achieved a total of 19 medals: 15 gold and four silver. She has cerebral palsy and was described by French newspaper L’Humanite as ‘one of the best swimmers in the world.’

6. Mayumi Narita. The Japanese swimmer has used a wheelchair since 1994 when at the age of 13 she was involved in a traffic accident which left her quadriplegic. She has won 19 medals: 15 gold, two silver and two bronze and at the 2004 Paralympics in Athens was the Games’ most successful athlete.  She is currently vice chair of the Tokyo 2016 Athletes Commission.

7. Heinz Frei. With a long racing career in wheelchair athletics this Swiss athlete has won the London Marathon wheelchair race three times and at the age of 45 earned five medals at the 2003 European games.  He has a Paralymic medal haul of 26: 14 gold, six silver and six bronze. He has also participated in cycling, using a handcycle, cross-country sit-skiing and the biathlon.

8. Franz Nietlispach. Another Swiss wheelchair athlete he has achieved a total of 26 medals: 14 gold, six silver and six bronze, all for athletics with the exception of one bronze which he achieved in handcycling at the 2008 Beijing Games. Earlier in his career he also competed in table tennis. He has won the men’s wheelchair division of the Boston Marathon an amazing five times.

9. Chantal Petitclerc. An accident at the age of 13 on a farm left her without the use of both legs.  Five years later she was introduced to wheelchair sports and using a home-made wheelchair took part in her first race although she came last. In 1992 she competed in the Barcelona Paralympic Games where she won two bronze medals.  She went on to achieve a total of 21 medals: 14 gold, five silver and two bronze.  She has now become a Senator.

10. Erin Popovich. The USA swimmer was born with achondroplasia. During her childhood she endured surgery 12 times and wore braces to straighten her legs and back. Interested in sports from an early age she was 12 when she joined a swimming club and competed at the 2000 Paralympic games at the age of 15. Her total medal haul is 19 with 14 golds and five silvers.