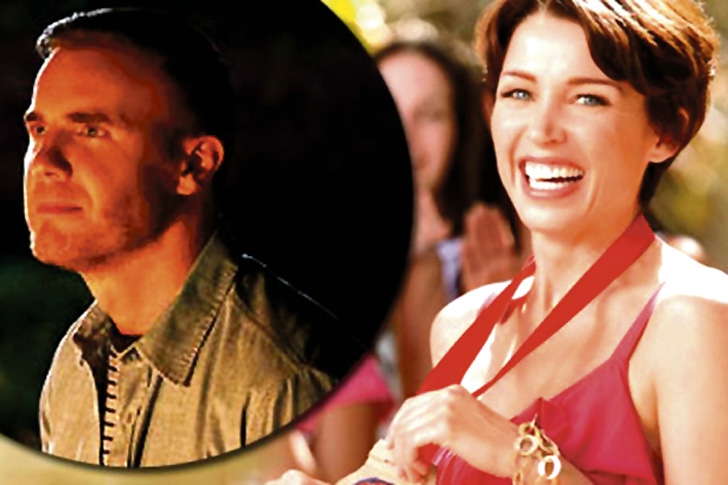 LET IT SHINE: News is that Dannii Minogue will be a mentor on Gary Barlow’s new reality show.

WHEN Gary Barlow returns to reality TV next year on BBC One’s Let It Shine, he’ll have a proper X Factor legend at his side. In news that is probably sending Simon Cowell through the roof at this very moment, Dannii Minogue has confirmed that she’ll be a mentor on Gary’s ambitious new musical theatre reality competition Let It Shine.

“I’m so excited to be returning to the UK and joining the judging panel of Let It Shine,” she told The Sun. “To be a performer, you must have a burning desire to perform, then you train at all the skills you need to shine. This show gives everyone that chance. I can’t wait.” Let It Shine chronicles Gary, Dannii and two more celebrity mentors in searching for five young men to star in a new Take That musical. The BBC revealed back in June that Let It Shine would essentially replace The Voice, which the Beeb lost to ITV earlier in the year.

As if the Great British Bake Off’s move to Channel 4 wasn’t controversial enough, it now looks like we really won’t get a full series next year. Once news broke that Bake Off would leave its original home for C4 on Monday (September 12), there were rumblings that a contractual ‘holdback’ clause would prevent it from airing anywhere besides the BBC for a full 12 months.

According to The Mirror, Channel 4 insiders are now acknowledging that there are ‘no plans’ to screen a full series before the end of 2017. A spokesperson for the show declined to comment when asked.

I look forward to your comments and questions.  Don’t forget to listen to my radio show every weekday from 10am on Spectrum 96.1 & 106.8FM, now covering almost 3,000sq kms of Costa Almeria and Calida or listen online at costaalmeria.spectrumfm. net for the latest news and views.