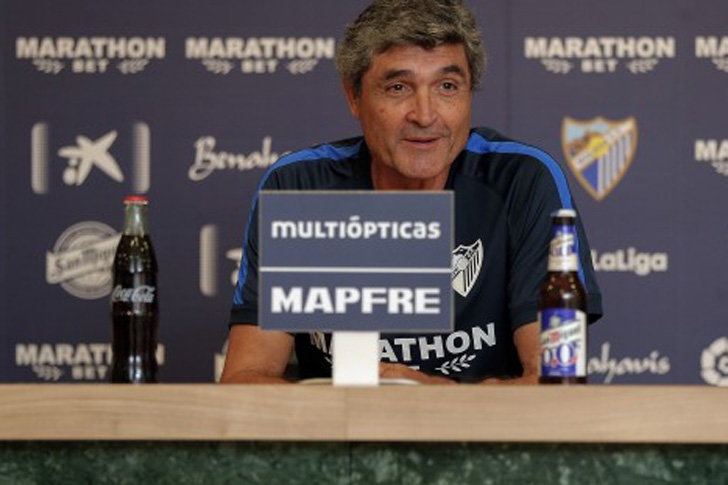 Blue and Whites’ coach, Juande Ramos held a press conference today at La Rosaleda’s press room: “Both Betis and ourselves have the necessity to earn the points.”

“The matches are very close together, and three matches in six days is somewhat excessive, particularly for players who must compete, as recovery time is minimal.  However, that’s the schedule and we need to adapt and approach it the best way we can.”

“It’s ratification of the work we’ve been doing, and victories always make our work far easier.  Poor results lead to doubts setting in that we’re not doing well.  I’d say that’s the most positive aspect of the three points, and seeing ourselves move away from the bottom of the rankings is more reassuring, helping to convince you that the work done previously has been good.”

“They are a bit like us, with the necessity to earn points.  Playing at home forces you to go all out for the game, and claim the three points.  They’ve had some games better than others, and are in the same place as us with five points.  We are very similar teams, and throughout the season we’ll be very close to one another.”

“He’s a young guy, and when you burst on to the scene in such a big way, it looks as though you’re receiving star treatment.  We must stay calm with him, help him in every way possible, so he trains and learns from the professionals alongside him.  All this helps you to grow as a footballer, which will help him a lot more, and also the Club.  Rushing developments with him as a player, would not be positive.”

“Losing a member of the team like him, a captain who brings all he does to the squad, is important.  The medics thought it best to resolve the situation as soon as possible, so as not to lose more time and matches.  We hope he has a rapid, successful recovery, so we can have our player back in action.”