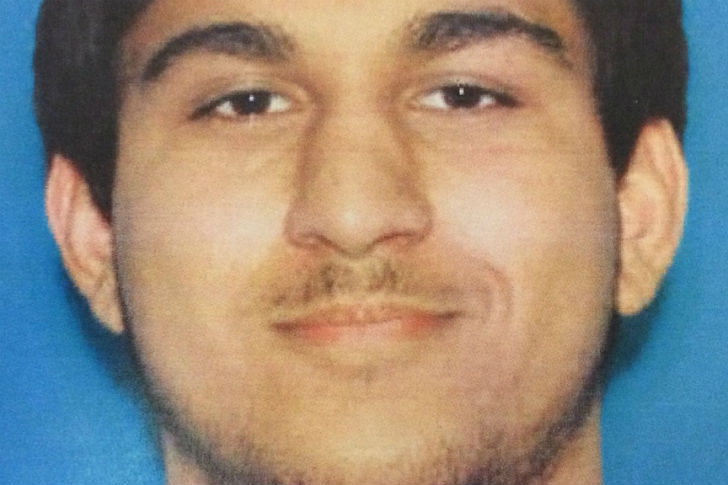 IN CUSTODY: Arcan Cetin has been detained over the fatal incident.

UPDATE: A 20-YEAR-OLD man is in custody under suspicion of committing the fatal attack in Washington, which eventually left five people dead.

The suspect has been named as Arcan Cetin, who was born in Turkey but is a legal US resident of Oak Harbour, Washington.

FBI officials have said that there is nothing to suggest that the attack was motivated by terrorism.

Lieutenant Mike Hawley, of Island County Sheriff’s department made the arrest while he was on his way to the scene at Cascade Mall shopping centre.

He spotted the suspect by the side of the road after recognising his car, which he had previously seen on security camera footage at the centre.

Hawley said the man was not carrying a weapon and “said nothing, he was zombie like.”

Cetin has a previous arrest for simple assault, but no motive for the shootings has yet been mooted.

Four women and one man were gunned down on Friday night, with one of the victims named as 16-year-old Sarai Lara, who was shopping with her mother and younger sister.

Dozens of people attended a prayer service for the victims at the Central United Methodist church in nearby Sedro-Woolley on Saturday evening.

FOUR women were shot dead and a man critically injured by “one lone shooter” at a shopping centre in Burlington, Washington state, on Friday, September 24.

Police have released an image of the individual they believe is responsible for the attack at the Cascade Mall, around 65 miles north of Seattle.

The attack occurred around 7.30pm local time, and the suspect is described as an Hispanic male wearing grey and armed with a rifle.

The gunman had left the scene by the time police arrived and was last seen walking towards a nearby motorway.

By 8.30pm the centre had been evacuated and medical emergency teams permitted to enter “to attend to injured.”

The incident comes less than a week after nine people were stabbed at a shopping centre in Minnesota, with the suspected assailant shot dead by an off-duty police officer.