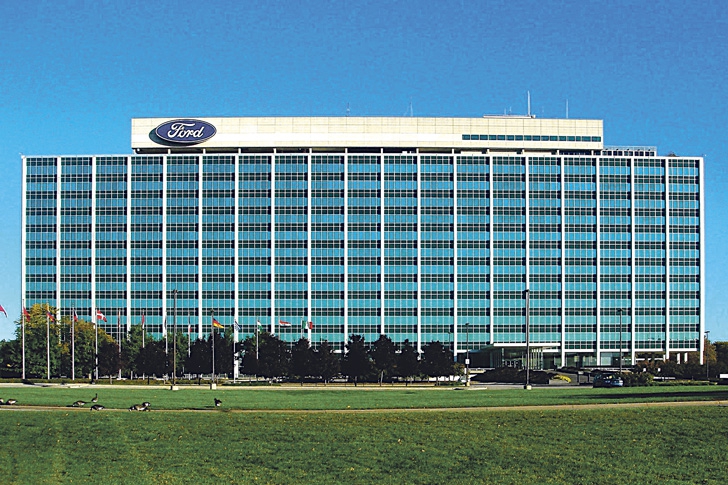 WITH a poke in the eye for Donald Trump, the Ford Motor Company clearly more interested in profits than patriotism ‘Trump style,’ has announced that it will transfer all of its US-based small-car production to Mexico in order to reduce costs.

The company has already had to reduce its profits forecast by $600 million (€533 million) to $10.8 billion (€9.07 billion) due to slowing down of sales and a significant charge to the accounts of $640 million (€569 million) caused by a fault in the door catches which has required a major recall of a large number of models.

The company alerted shareholders and journalists to the fact that it will be investing billions of dollars into developing a large range of electric cars as well as self-driving models which it sees as being the future for the business and expects for its range to consist of more than 40 per cent of this type of vehicle by 2020.

Mark Fields, the company’s chief executive has explained that Ford has to move from its relatively comfortable ‘old style’ of business in order to adapt  to a new world with very ‘new style’ products and customer expectations.

Ford is now faced with competing not just with traditional vehicle manufacturers but with major high tech companies such as Apple and Google which are cash rich, technology savvy and are already testing their own self-drive vehicles.

Apart from expanding its range of vehicles and updating the whole business, the company finds itself in the unusual position of needing to save money from day to day operations forecast at $3 billion (€2.65 billion) per year for the next three years whilst  investing huge amounts in research and development.

What is clear however at the moment is that whilst a number of companies are pouring cash into self-driving cars and are being allowed to test early prototypes – provided they are accompanied by a human driver – there is no guarantee if or when Congress will approve a law allowing those vehicles on the road.

One thing is likely however and that is if Donald Trump is elected the next President of the USA that Ford may face some problems in importing their new cars across the border from Mexico!