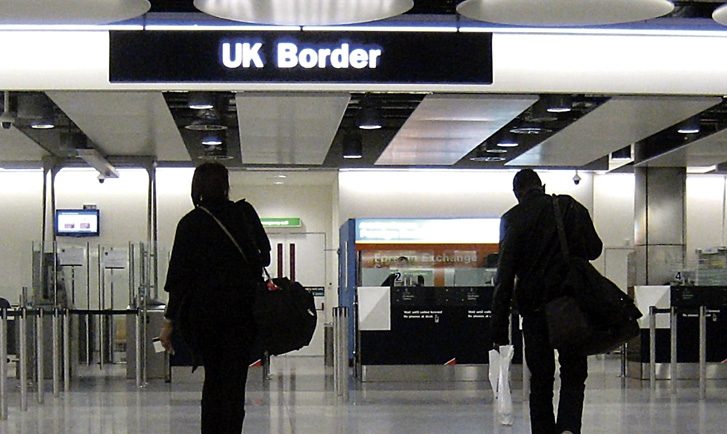 Arrivals Into UK Must Show A Negative Covid Test Before Entry image: wikimedia

IT rather looks as if someone from Ryanair or one of the other budget airlines has been giving advice to the British Government as it has been announced that travellers who want to get through passport control quickly at Gatwick Airport will be invited to pay an extra £17.50 (€20.50) to get this special treatment!

This piece of blatant profiteering which also allows fast tracking at security on departure has been confirmed by the Home Office with rumours that it may be introduced at every airport in the UK and will certainly be introduced at Edinburgh in the future.

Union leaders representing those responsible for implementing the scheme at the airports are up in arms over the decision and are derisory in their comments about what they see as an unworkable idea.

The plan would assume an extra lane to allow the fast tracking but unions say that staff can’t cope with the volume of visitors now and unless staffing is increased, delays for those not paying the extra amount will be even worse.

The Home Office believes that the additional funds raised will help fund the immigration service but with an initial plan to allow just 50 people an hour through the new fast lane, an income in the region of £15,000 per day is hardly likely to secure the border and improve the overall process of entry.

What is not made clear is whether this charge applies to UK and EU passport holders or only to those who are entering on visas.

The passports containing microchips which take passengers through an unmanned series of gates are so unreliable that staff are employed before the automatic machines to explain how they work and to then send those whose passports are not recognised to dedicated immigration officers who have half of the work of their colleagues.

This writer has been told that as his name is John Smith, it is too complicated for the computer to cope as so many people have the same name!

The concept of retinal passports barely lasted a year and was not only erratic, but had to be scrapped after significant development cost.

One good thing about Brexit will be that if Britain refuses to allow members of the EU to have the automatic right of entry into the UK then at least the queues for the British passport holders should reduce dramatically.