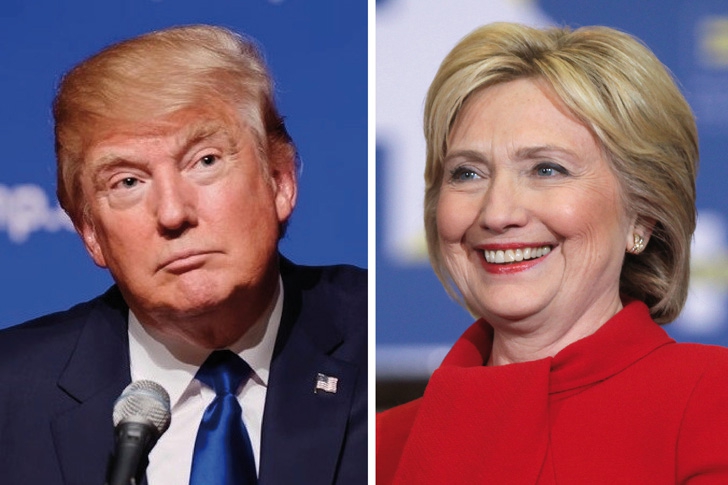 WAR OF WORDS: Clinton appears to have emerged victorious from the first debate.

THE oddly artificial presidential debate between Hillary Clinton and Donald Trump was watched by 84 million US viewers on television, shattering a 36-year-old record.

Incredibly, the true figure may be much higher since the viewing figures only include those who watched the debate live on 13 channels, with millions thought to have watched on internet streams or in bars and restaurants.

The previous record for a presidential debate was set by Jimmy Carter and Ronald Reagan in 1980, which was seen by 80.6 million viewers, while the 2015 NFL Super Bowl holds the record for the most viewers in history with 114.4 million.

Although overnight polls were split on who won the debate, the first in a series of three, Clinton largely maintained the upper hand while Trump was often blown off course.

Despite his performance being widely panned, the Republican nominee told a Florida rally that he was holding back so as not to embarrass his Democrat counterpart, as he repeatedly criticised “the corrupt corporate media.”

In contrast, Clinton was in a triumphant mood on Tuesday, September 27, as she mocked Trump’s complaints about his microphone, telling reporters on her plane that “Anybody who complained about the microphone is not having a good night.”

Towards the end of the debate itself, Trump had once again questioned Clinton’s stamina, to which she replied: “Well, as soon as he travels to 112 countries and negotiates a peace deal, a ceasefire, a release of dissidents, an opening of new opportunities in nations around the world or even spends 11 hours testifying in front of a congressional committee, he can talk to me about stamina.”

The chaotic clash has been widely reported as a resounding victory for Clinton, after she pounced on her rival’s apparent lack of focus and under-preparation.

Trump, however, has already trampled through numerous controversies throughout his campaign, and polls suggest that the two candidates remain close to neck-and-neck ahead of the November 8 election.