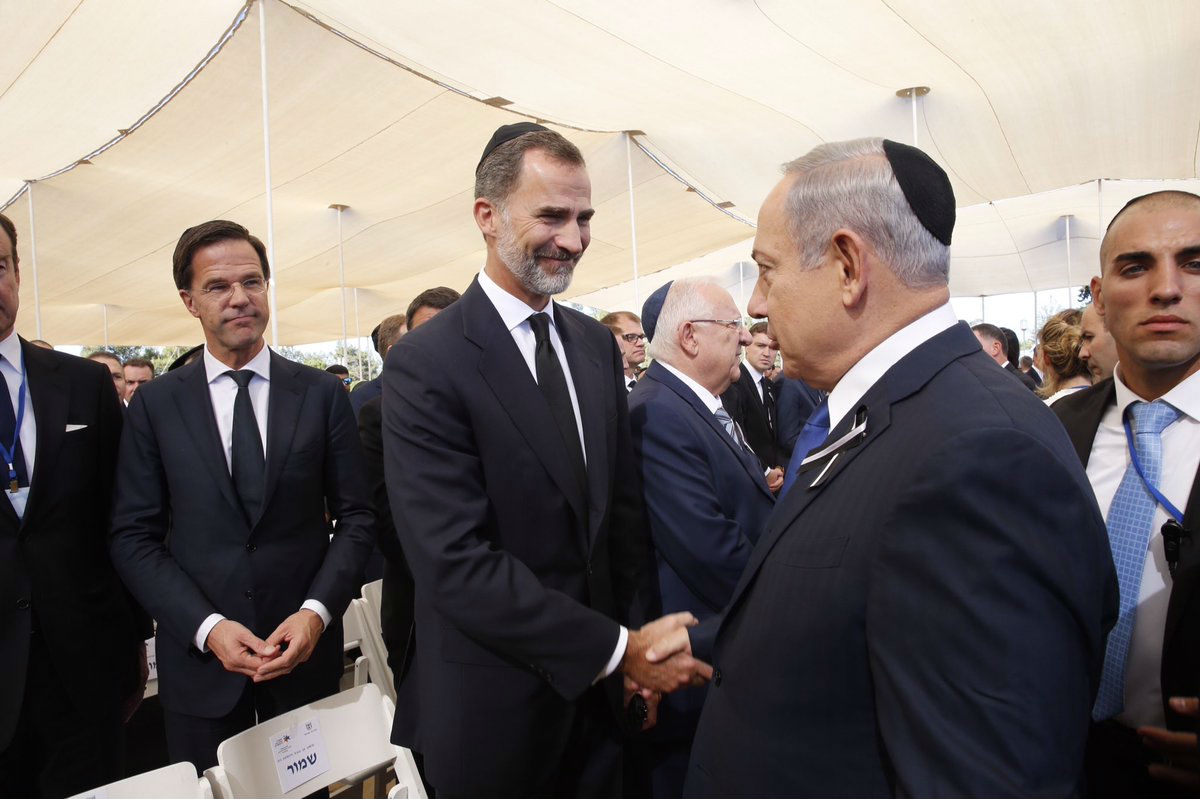 King Felipe VI with Prime Minister Netanyahu at the funeral

NUMEROUS world leaders and members of royalty including Prince Charles and King Felipe attended the funeral of Hawk turned Dove Shimon Peres on September 30 following his death from a stroke earlier in the week.

The 93 year old former President and Prime Minister of Israel is really the last of the ‘founding fathers’ of the State of Israel and was awarded the Nobel Peace Prize along with Yitzhak Rabin and Yasser Arafat for their attempts to bring peace between Israel and Palestine although this has still not happened especially as current prime minister Benjamin Netanyahu is in favour of the extension of Israeli settlements within Palestine and is a hard liner.

Despite this, amongst others to attend the funeral was Palestinian leader Mahmoud Abbas who shook hands with the Israeli leader although he was heavily criticised for his decision to take part in the ceremony by Hamas the group that controls the Gaza Strip.

Former President Clinton and current President Obama were there and spoke of Mr Peres’ belief that all people should be treated as equals and even Mr Netanyahu praised his legacy and the fact that hope still existed for a peaceful settlement between the two nations.

It is often forgotten that some 20 per cent of all people living in Israel count themselves as Palestinians and a large number have served in the Israeli army which makes the politics of the region even more confused than they would be anyway.

Security was at an all-time high for the funeral to which representatives of most of Europe as well as Egypt and Jordan attended and although there were some arrests of protestors prior to the funeral, everything seemed to pass off with few problems although Hamas called for a ‘Day of Rage’.