Nagging does get results in the end 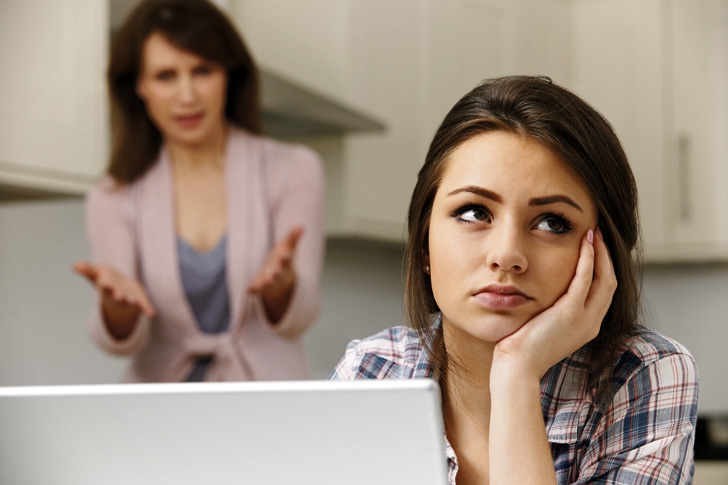 Cautionary words: Seem to stick and will influence their choices.

IT was my daughter’s 11th birthday last weekend. My husband and I are both very proud of her, she seems to be growing up with values, manners, and ambition. All of which I think are important for her future. We started to drill ‘Please’ and ‘Thank You’ into her before she could even speak.

We started to talk to her about how to be considerate of other people’s feelings yet still stand up for her own in her early days at school, and encourage her to continually try new things by cooking and offering her a wide range of foods.  I’ve lost count of how often we’ve said at the kitchen table: “Try it, if you don’t like it then you don’t have to eat it, but you have to try everything.”

So yes, we’ve nagged her. But now we’re being vindicated by some new research coming out of the UK. Researchers in the United Kingdom say parents’ super-high expectations for their teenage daughters, especially if they remind them constantly of those expectations, are among the most important factors in predicting whether young girls will grow up to become successful women. Researchers at the University of Essex found that girls whose ‘main parent’ consistently displayed high parental expectations were far less likely to fall into the traps that made the girls less likely to succeed.

But let me tell you, it’s easier said than done, if you’ve ever tried to insist on something with a kid. Rolling eyes, slamming doors, shouting, retreating to their bedroom, and sulking. Sound familiar? My 11-year-old can do all of those things, and more. They’re not pushovers, but that’s another thing I think she has in her favour. But the researchers say even if kids are resisting you have to keep going as it is going in there and will influence their choices.

I don’t know about you, but even as a woman in my 40’s, I sometimes hear my parents’ cautionary words, when I go to do something I probably shouldn’t. And that means I have my parents’ habit of consistently expressing their high expectations to thank, at least in part, for my own life success. So thanks for the nagging, Mum and Dad. And to my darling daughter, believe me, this will be harder on me than it is for you.