Where the sun hides in secret 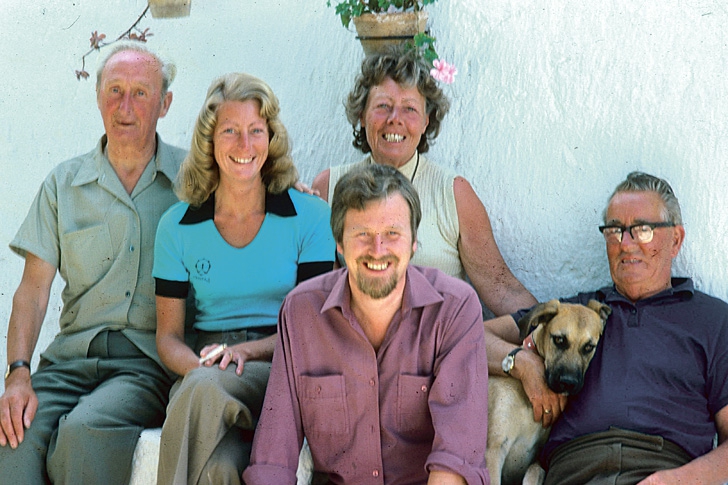 THE BELIEVERS: The sun always shines on the other side of the street!

IT all started as a rumour. I traced it down. It wasn’t hard. Every time you ordered a drink on a cloudy day, the bartender would take you outside and point to distant Aguilas where the sun was shining.

In the tourist brochures it was announced that Mojacar had 320 days of sun, I bumped it up to 344 days of sun using poetic licence, and then almost everyone else that quoted statistics took my version.

It was respected by all except one, Mike Lee, who ran the lonesome bar in the Parata. He vehemently claimed that on cloudy days, that distant Aguilas which he could glimpse from his terrace looking out to sea, was where the sun was always!

He said it enough that within less than a year, he convinced everyone on the beach who visited his bar, we were not living in the sunniest place in Spain but just the second most.

It was a hard pill to swallow. It weighed upon us while taking drink, and even worse at night.

Then Mike started taking trips there on his day off, and bragging about how everything was half the price of here, and came with sun. That perturbed us, soon caravans of cars fled that way on a rare but overcast day.

Soon we were all comparing places to eat, sites to visit as tourists, and where were the new spots where no-one else had discovered. Some of us would even sneak over on sunny days to see if it all wasn’t some mirage or optical illusion.

Worse yet, some of the restaurant owners and residents came Mojacar way and insulted us all by stating they wanted to get out of the sun, away from the constant blazing light. Whoops, that was upsetting but, irrefutable.

Of course we all had to learn some broken German to talk with those that thrived there.

Matters weren’t helped along when Aguilas produced the first authentic Chinese restaurant that anyone had ever heard of in the area.

It became the custom to go there for the Saturday market, buy knick knacks you didn’t need, then fight for a place to sit in the Chinese. It wasn’t particularly good, but it was different, oriental, kinda Chinesey, cuz at least you could get egg rolls for two euros each. Some of us even saved our facturas (bills), to show the less learned and travelled, about our unique journey and dining experience.

The whole concern exalted way out of proportion, right up to a fever pitch. Aguilas was the last word on any discussion of climatology, and we all believed it. Until one sad day some wise guy from Mojacar village asked,

“So what? What difference does it really make? Who cares?”

Well, that was like throwing a bucket of ice cold glacier water into our faces, the true believers, it was a firm wake up call.

I don’t believe the word Aguilas has  been mentioned again ever since.