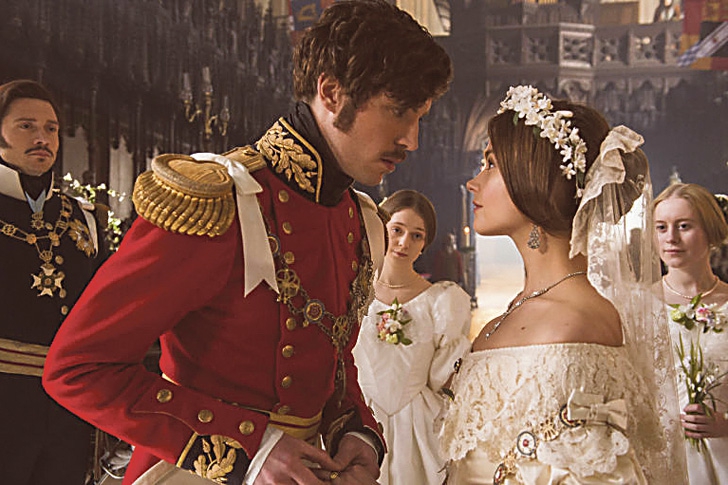 FOR anyone out there foolish enough to think that ITV’s latest drama smash Victoria would only be a one-off, you can now relax.

Jenna Coleman will definitely be back for a second series next year, as the channel has ordered another run. Tom Hughes will also return as the dashing Prince Albert, while Daisy Goodwin will continue to write the show.

Victoria has proved to be a ratings winner for ITV since it launched in late August, averaging around 7.7 million viewers and managing to beat rival Poldark over on BBC One.

Speaking of the next series, Goodwin said: “Even though she reigned in the 19th century, Victoria is a heroine for our times. In the next series she faces the very modern dilemma of how to juggle children with her husband and her job.

“As Victoria will discover, it’s hard to be a wife, a mother and ruler of the most powerful nation on earth!” Victoria is Jenna Coleman’s first major TV project since leaving Doctor Who – and she was admittedly reluctant to sign on at first.

Fans of the original Top Gear, rejoice! Because Jeremy Clarkson, Richard Hammond and James May will be back for The Grand Tour before you know it. The official launch date for the hotly-anticipated car show has finally been announced as Friday, November 18. New episodes will follow every Friday for 12 weeks and will be able to stream exclusively on Amazon Prime Video.

The first ever episode of the new show will feature Clarkson, Hammond and May in a ‘studio tent recording’ all the way from sunny California, for which filming will begin later this month.

It won’t be just Cali, though – The Grand Tour is taking the team to all kinds of exciting and exotic places – “we’ll be travelling the world hosting each episode in a different country, from a giant tent,” Clarkson said.

Ah, so that explains the name, then. We know that the guys have already taken their tent and its obligatory live audience to Johannesburg, South Africa, but more tent locations are to be announced in due course. And considering the team were given a whopping £160 million budget from Amazon (that’s a modest £4.5 million per episode), we’re expecting the new series to be one of the most well-travelled shows around.

I look forward to your comments and questions.  Don’t forget to listen to my radio show every weekday from 10am on Spectrum 96.1 & 106.8FM, now covering almost 3,000sq kms of Costa Almeria and Calida or listen online at costaalmeria.spec trumfm.net for the latest news and views from the world of satellite television.