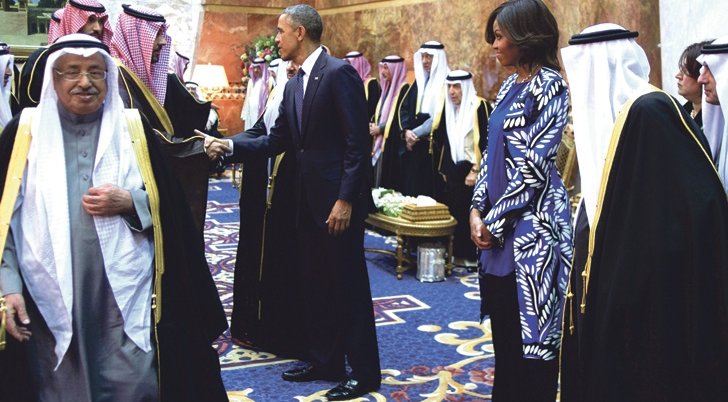 CONSIDERING the number of years western leaders have tried to cultivate the Saudi Arabian Royal Family, often seeming to humiliate themselves in order to stay friendly with this oil-rich desert kingdom, which is one of the mainstays of conservative Islam, it is interesting to see how opinion has so radically changed.

Jeremy Corbyn has stated publically that if elected Prime Minister, one of his first acts will be to suspend arms sales to a number of countries throughout the world. The most prominent is Saudi Arabia which is using British-produced arms in its surrogate war with Iran and literally tearing Yemen apart.

As new sources of oil become available with fracking and increased output from Iran as well as the development of decent electric motors for cars then Saudi domination of the oil market has been significantly eroded meaning it is no longer able to just bank its oil cash but has to consider the world market and become somewhat more amenable.

The big news however is that despite a veto by President Obama, the US Congress has backed a call for a new law which would allow the families of those who died in the terrible 9/11 attack to sue Saudi Arabia. This is causing ‘great concern,’ according to the Saudi foreign ministry which added: “The erosion of sovereign immunity will have a negative impact on all nations, including the United States.”

The argument which has been accepted by Congress, is that as 15 of the 19 hijackers were Saudi nationals then it is reasonable to take action against their government although the Saudis deny having any involvement whatsoever in the attacks.

Sovereign immunity is generally accepted in most countries and is something of an anachronism in as much as it effectively says that an individual or group is prohibited from taking legal action against an overseas government unless that government agrees the action can go ahead.

This change will also affect most of Europe if the Transatlantic Trade and Investment Partnership (TTIP) is signed as it will allow American firms to sue European governments in the event that their laws hurt a company’s profits!

Now, the decision by Congress removes this immunity within the USA but when a precedent is set, then it can spread very quickly and the USA will need to look at its own house to see whether it could be sued for damages in respect of any action it may have taken over the years.

In a congressional election year, there could have been a loss of votes if individual congressmen or one of the two parties had been seen to vote down such an emotive issue. But it seems that the decision was more emotional than rational and now many political observers are suggesting that those same congressmen and women are having second thoughts as they recognise the immensity of their decision.