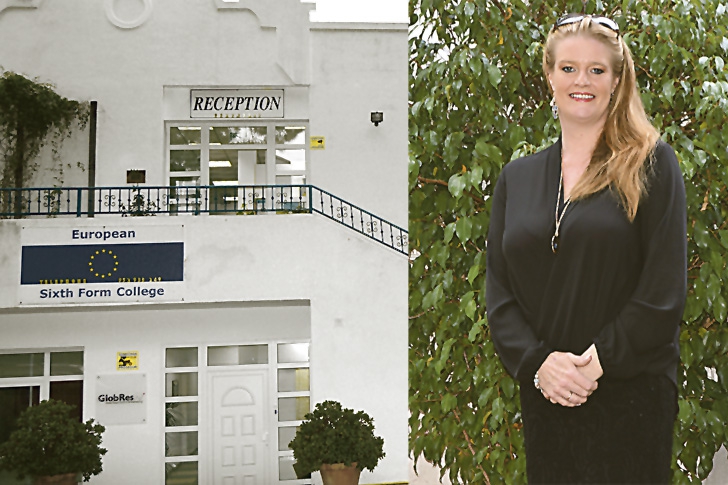 EUROPEAN SIXTH FORM COLLEGE: Debbie Campell was the head of the college.

THE former head of a private sixth form college which went bankrupt has insisted she tried to save it, pouring in “every penny I owned” and cash from family and friends, even though many parents had failed to pay their fees.

The European Sixth Form College in Mijas Costa failed to open in September, but Debbie Campbell told EWN she still believed the financial situation could have been turned around prior to August 30 when a staff meeting ended with the decision to close.

“I had prepared a proposal that included relevant staff cuts, timetable changes to reduce costs, the appointment of a controller of finance, projections for the forthcoming year and the current debt with the enrolment of 52 students,” she said.

But staff had by then lost faith in her leadership “and I proposed that I could no longer remain their leader.”

Ms Campbell says she was promised financial support from a source she does not name, but describes as “a previous investor” whose outlay “would have offered a substantial solution to the problem.”

She adds: “The promise of personal finance never arrived, a few parents had paid, but it barely covered monthly expenditure.”

The only other option was insolvency, she says. Ms Campbell said she can understand that “staff and parents were disillusioned and felt deeply let down and I can see how all would view the situation as me being a liar and a cheat. However, that is far from the truth.”

Referring to the examination scandal in which scripts were not submitted on time or work was not even sent to the UK, she admits the examination situation “escalated beyond control and as head I have to take full responsibility.”

But Ms Campbell disputes the claim by at least one of the UK examination boards that scripts were found by examiners who were sent to Spain, in insecure locations.

They were kept in the “safe room” and only one package of course work was not there but it was being stored in a locked drawer elsewhere. Ms Campbell ends her statement by saying “I will regret what happened to those I cared for so much for an eternity.”

A former student at the college has contacted EWN to praise Ms Campbell’s “caring and encouraging” leadership. He says “everyone was pushed to do their best because the college made you believe in yourself and that you could do your best.”

“For every student that has been to the college, no matter what the outcome has recently been, there cannot be any question that the students have always been put first and there has never been anything more than a family environment with the most welcoming nature.”