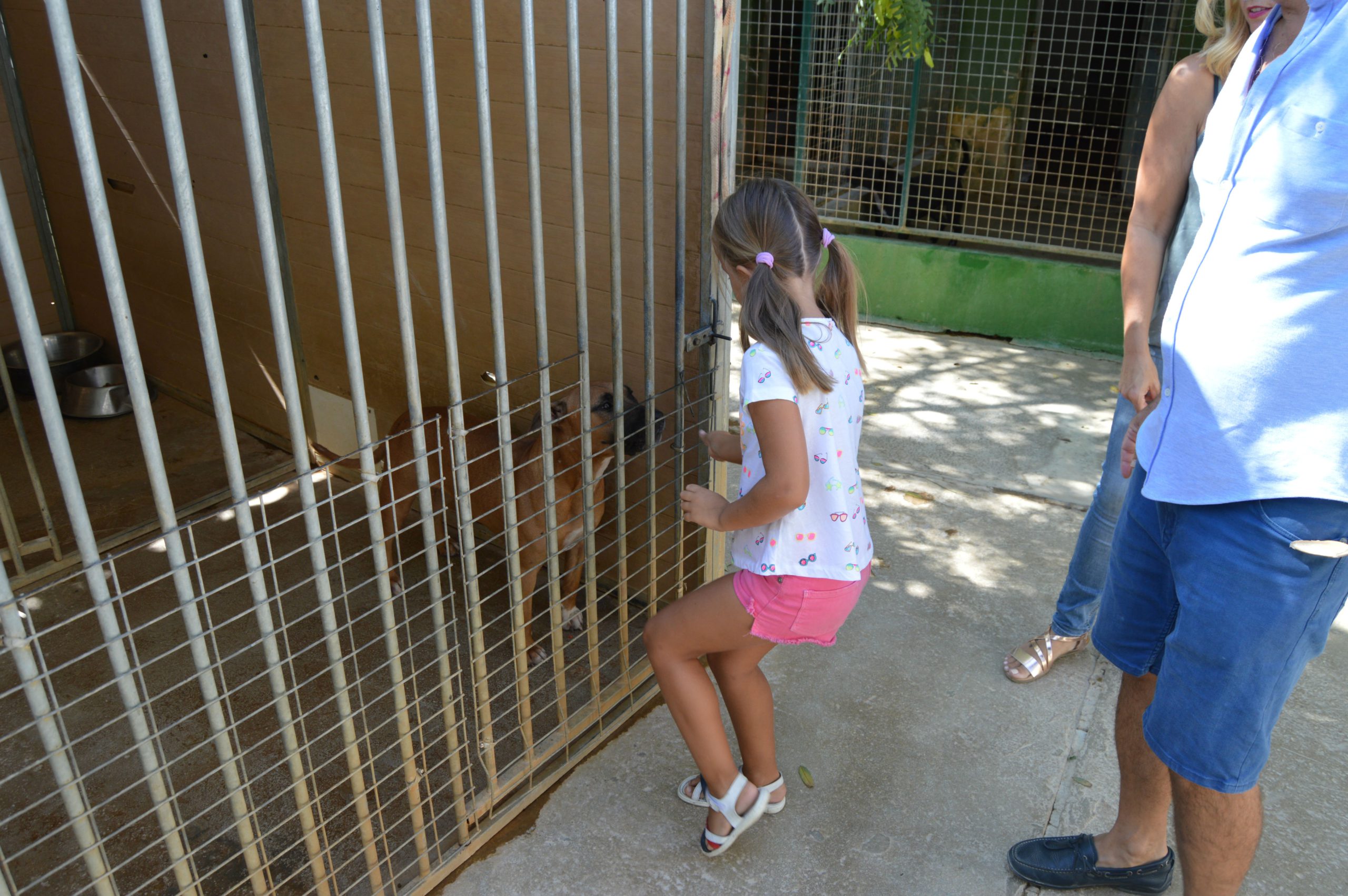 One child feeding one of the dogs with approved biscuits

LITERALLY hundreds of people turned up for the Triple A animal charity open day on Sunday October 9 with a full car park and people wanting to give their support to the Marbella and San Pedro Animal Charity which is primarily involved in looking after and re-housing dogs although there are also plenty of kittens and cats that need to be taken care of.

The whole event which gave visitors the chance to see all of the animals who are in the care of the charity and to purchase items which would help the charity to continue its important work ensured that the animals took centre stage.

Yes it is a bit smelly and the dogs do bark but at the end of the day, visitors who live in the area but originate for all over Europe, including a number from Spain, just want to ensure that the cats and dogs who live at the sanctuary have a decent life and hopefully find a loving family to care for them in the future.

There were quite a few well-known faces from the Marbella scene attending the open day, with many supporters of Triple A including TV and radio presenter Nicole King and her husband and from this paper’s point of view, everyone connected with the charity thanked Euro Weekly News for doing all it could to ensure that a balanced and fair view was published about the charity and the allegations that had been made against it.

Apparently, it appears that some social media outlets and newspapers had not taken the trouble to do more than simply regurgitate initial announcements about the investigations without bothering to obtain any comments from those intimately involved with the charity.