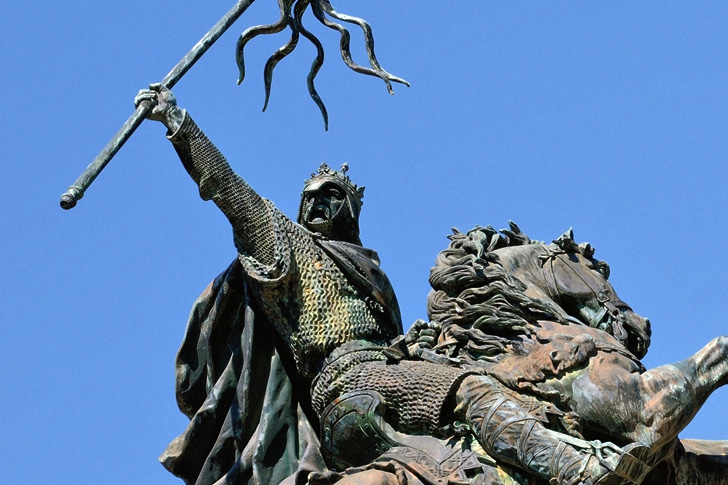 October 14 marks the 950th anniversary of the Battle of Hastings. Doesn’t time fly!

Harold Godwinson had only been King of England since January 6 when he faced and defeated the armies of Harald Hardrader, the Norwegian King, and Earl Tostig at Stamford Bridge near York on September 25, 1066.

Five days prior to this, the same Norwegian led force had defeated another English army at Fulford, before Harold arrived for the replay with his hastily assembled outfit and reversed the result in extra time.

Legend has it that a lone axeman held the bridge against all comers for hours, before a sneaky Englishman paddled silently under him in a barrel and thrust a spear through the timber slats.

It brings tears to the eyes, but once the bridge fell, the resulting battle was a one sided affair with Harold winning the day. But he had paid a heavy price.  His scratch army was decimated and exhausted. This was what William Duke of Normandy had been waiting for.

There had been a lot of plotting between him and the Scandinavian lads for some time, and William had dreamed up the cunning plan to divert Harold in the north of England courtesy of his pals, while he quietly landed his invading army on the south coast.

And so on September 28, the Norman fleet of nearly 700 ships carrying an estimated 15,000 men, put ashore at Pevensey and awaited the arrival of Harold. Why he didn’t simply march on London and engage the English army there, is puzzling.

Perhaps being a bloke and not knowing the way, he simply refused to ask for directions.  Just like Moses who paid for it by wandering around the desert for 40 years looking for the Land of Milk and Honey.

Whatever the reason, on October 14 the footsore English army arrived at what is now Battle, North West of Hastings. Harold’s 5,000 men, almost entirely infantry, came face to face with Williams’s fully rested army, made up of infantry, cavalry and archers.

The outnumbered English fought bravely and although the battle was evenly balanced at one time, once Harold was brought down with a well aimed arrow in the eye, the writing was on the wall.

‘One hundred and eighteeee’, yelled William, and the course of British history had been changed.