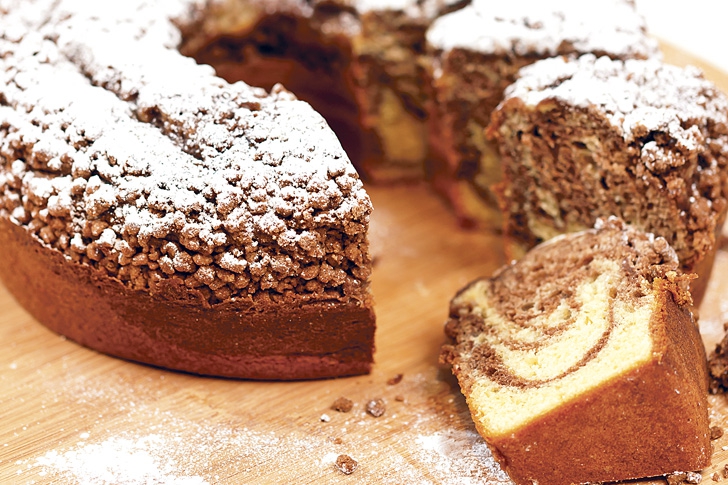 amazing cakes: Well done to all the winners of the cake categories.

MY last day at Mood coincided nicely with the fourth year of Mallorca’s Biggest Coffee Morning. I had thought it was three but Edward Ingram from the 41 Club reminded me that we had actually done four, so I’ve probably wiped one of them from my memory somewhere!

Again the turnout was impressive and many people made the effort to come past Mood as well as visit some of the other events that were going on around the area. The 41 Club raised just shy of €2,000 and I believe that it will be topped up to that figure and distributed between the benefiting organisations: The Cancer Support Group, The Heartpillow Project, El Lazo de Movimiento and Aspanob.

The standard of the cakes was again amazing and I probably put on a few kilos over the course of the morning as many of them had to be sampled. I was really impressed with one cake made by a lady called Jemma who constructed it to look like a plant in a pot! No-one could believe it wasn’t, so until I (following no hygiene regulations whatsover) stuck my finger into the soil, swirled it around a bit and came out with some double cream and chocolate! It was as if Willy Wonka had made it himself.

An enormous well done to all of the winners of the cake categories, and a big thank you to our sponsors who donated prizes for that and the raffle: Mood Beach Bar and Restaurant, Son Amar, Bodhana Wellness, Nice Price, the Majorca Daily Bulletin, Estudio 3, The Universal Bookshop, Gaia Natural Cosmetics, and Salon Bling. Thank you for your generosity, you never fail me.

We were also treated to a turn by Jess Conrad when he was asked spontaneously if he would present the prizes, he still manages to make everyone smile, even though his jokes are almost as old as he is (boom boom! cheeky I know, but he’s a very naughty boy himself). Love you Jess, and Renee, it is a pleasure and a privilege to know you.

What’s next for me now that I have finished working for Mood? Well you’ll have to keep reading my column and my blog mallorcamatters to find out… See you soon.