A mystery boat washes up again 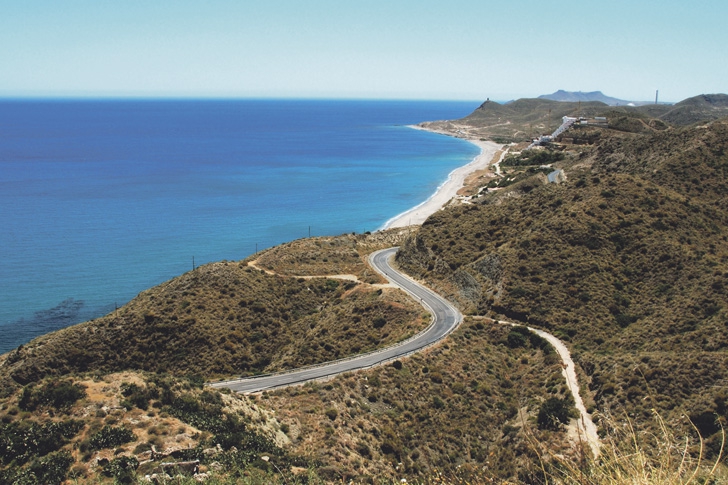 THE MACEANAS BEACH: Scene of numerous wheelings and dealings over the years.

Karen spotted it. Something new and unexplained in our lives. A pleasure boat with a large engine on the back, abandoned on the Maceanas beach. What could it be?

No one congregating around it (yet). No survivors wandering about. Big engine (worth a lot of money—to those that salvage  it). Occupants: pirates. Nope, no Jolly Roger flying. Refugees possibly driven ashore and scattered. We’ve had that quite a few times. It doesn’t take too long to spot them. They usually hide in the nearby hills and regain strength from their arduous journey. Guardia Civil show up searching. Technically they are not legally allowed to ask for documentation. This creates a whole different type of tourism not wanted by the locals or indigenous.

The police were phoned. They knew about it but haven’t actioned it as of yet, 11am.

Smugglers? Could be, but why leave the expensive engine? In years gone by so many goods were being brought in from Morocco the beaches had to be patrolled nightly.

That seems to have tailed off immensely. Which begs the question, Spain is the centre for the most drugs entering Europe. Gulp, but budgets are so tight these days, it is impossible to be everywhere at once.

The last time this happened was some 20 years ago when two inflatable rafts came ashore (also leaving behind their motors), and plenty of folk are presumed to have scattered and gotten lost in the system.

Once there was a fire fight but no information was ever released about the circumstances. Drug smugglers I presume as refugees don’t seem to arrive armed (so far).

Back in 1973 I took a stroll in front of the La Gaviota beach leaving behind me an overly contrived party. I hadn’t gone 20 metres when I heard that hissing sound that uneducated peasants made back in the day when alerting someone like a waitress. As I turned my head toward the noise, my eyes fell upon two men, blackened faces, dark caps, military fatigues, motioning me to get down.

I knew it wasn’t a party prank as they both held pistols. Within moments a large van pulled up and a few more leaped out and started on loading the small boat’s contents into the van. When it was all over  one approached me, gun in hand, and tossed something in a small box at me. I almost jumped through my skin. He smiled and held his hand up to show me his full fingered hand. “Cinco minutos” he whispered. Hell, I would have vacationed there all  night.

Off they sped down the road toward Carboneras. I waited a long time then finally mustered enough courage to stand and retrieve my gift. Going back to the fiesta where there was light, I soon discovered I was the recipient of a new counterfeit Norelco electric razor. They were selling for some $60 (€54) in the shops. Looked like the real deal. So, guess what my brother got for Christmas?