Big-time British conman on the run in Spain 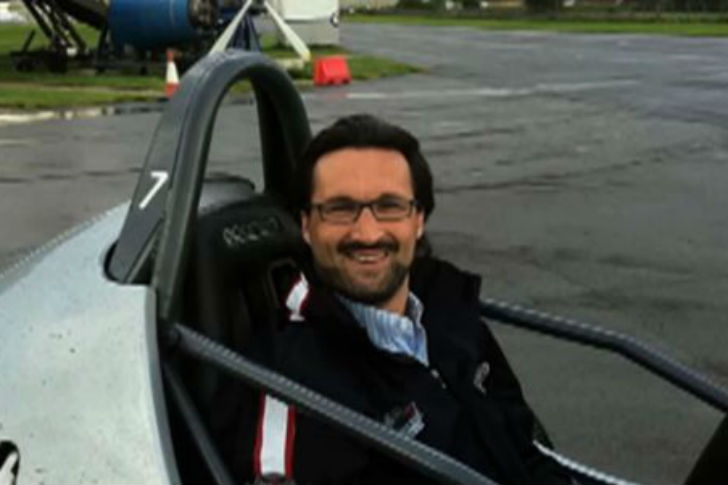 MARK ACKLOM: On the run somewhere in Spain.

A BRITISH fraudster who allegedly created an elaborate alter ego in order to fleece a middle-aged divorcee out of £850,000 is on the run in Spain.

In order to gain the trust of 55-year-old Carolyn Woods, Mark Acklom, 43, allegedly pretended to be a spy and a Swiss banker, and his infatuated victim fell for the ruse hook, line, and sinker. He reportedly stayed with her for a year, and told her that they would eventually get married, allegedly convincing her to hand over the huge sum of money. Then he apparently vanished without a trace, leaving Woods penniless and emotionally devastated.

“At the time I actually wished he had killed me,” Woods confessed. “I was suicidal.”

She originally met Acklom back in 2012 when he went into the boutique where she worked to buy a jacket. He allegedly told her that he was a Swiss banker on a trip to the UK because he was interested in buying an airfield. She described him as “flirtatious, charming, and very entertaining.”

The two of them quickly entered into a whirlwind relationship and moved in together, though Woods later found out he had a second home not far from where she lived, and that he was married and had two small children.

Woods said that no matter how far-fetched his lies seemed to be, he always had a way of making them seem plausible. He allegedly managed to convince her that he was fundraising at Clifton College and even that he was an MI6 agent.

One day Woods claims that she overheard Acklom saying that he was having money problems. She helped him out by giving him a loan of of £26,000, and things only snowballed from there as he allegedly began to swindle her out of more and more money, before eventually disappearing and leaving her in the lurch entirely.

Following her ill-fated affair, Woods reported the fraud to police who began to investigate Acklom, who allegedly told Carolyn his last name was Conway.

While he was involved with Woods, Acklom was simultaneously awaiting trial in Murcia, for tricking two brothers into giving him £200,000 as a cash deposit on the sale of buildings that he didn’t even own. Eventually he went to jail for three years but he was released in March of this year, and he is on the run yet again now that British police have put out a warrant for his arrest.

Police have indicated that Acklom has a history of large-scale fraud going right back to his teenage years. When he was 16 years old and studying in Eastbourne, he stole his father’s credit card, pretended to be a stockbroker and managed to hire jets to chauffeur himself and his friends around Europe. He also managed to persuade a building society to give him a mortgage of almost £500,000 and then used the cash to buy a small London mansion.

Acklom has done jail time in Spain on three separate occasions for a variety of fraud offences, and has occasionally been known to use the alias of Marc Ros Rodriguez during the commission of his crimes.