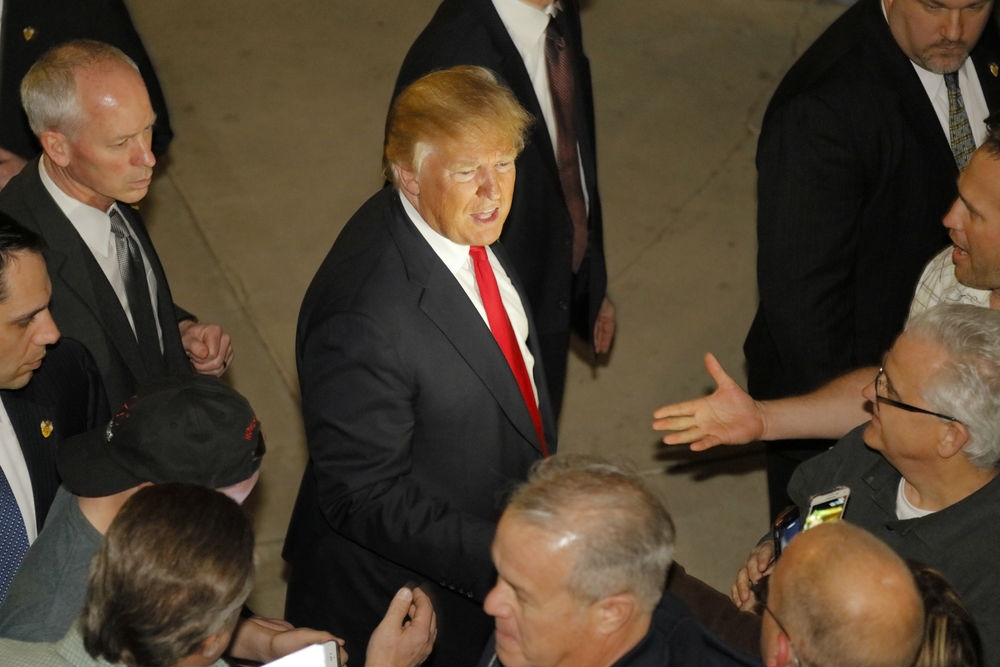 IN 1863, a great American president gave a speech in Gettysburg which started “Four score and seven years ago our fathers brought forth on this continent, a new nation, conceived in Liberty, and dedicated to the proposition that all men are created equal.”

Now, 153 years later a would-be great American president tried on October 22 to resurrect a failing election campaign in the same town but not quite as elegantly.

Donald Trump, knowing that he is fighting for his political career has started to actually throw in some serious policy changes as well as general bitching about Hilary Clinton, Michelle Obama, Muslims, Mexicans and corrupt elections.

He says that if elected he would ensure that in the first 100 days of his rule he would ensure that congressmen could only serve for two terms, thus making sure that there was new blood introduced into congress and that those in power were not able to make a long term lucrative living from selling favours.

He also intends to stop rumoured takeovers of both Time Warner and NBC and to make Washington less corrupt and more answerable to the people as he attempts to persuade voters that he is serious and has a good working knowledge of the law and politics although he insists that he is not a politician.

After he is elected, he intends to sue every woman who accused him of sexual harassment as he implies that they have all made false statements and true to his word, he would build a wall along the Mexican border although he now accepts that this would be paid for by the USA in the first place and then Mexico would reimburse them.

In addition, Donald Trump says he will “cancel billions in payments to the United Nation’s climate change programs” and will use money for US only programmes.

All in all, there was quite a lot of policy and not too much insult as he hopes to encourage voters to take him completely seriously.