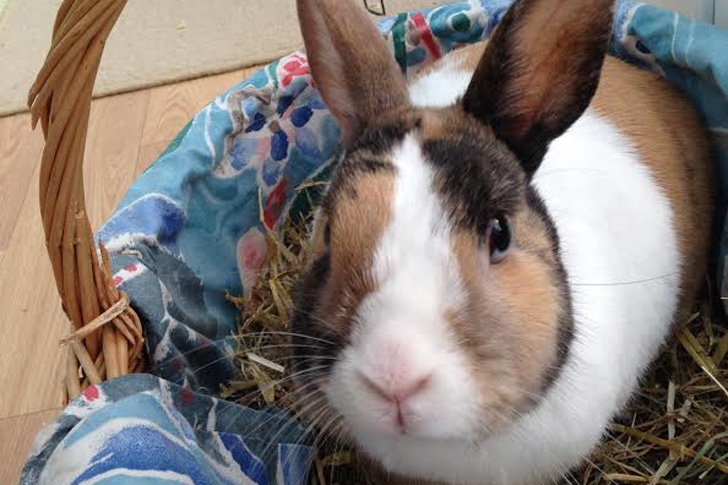 MAISIE: Is a well-cared for house rabbit.

IT is very hard sometimes to imagine leaving a pet for a holiday or even longer if work calls us away to another country. Sometimes the pet is so close they are indeed a naturalised member of the family. So when there is a plan to emigrate and leave the country for a long time the worry about what to do with pets is ever more difficult. The question of what to do with Maisie when her family decided to follow a good work opportunity in Spain was one such decision.

Maisie is six years old and has suffered a number of illnesses but she has always recovered so the family are very attached to her. She is a well-cared-for house rabbit, with a real personality, allowed to roam through a number of rooms inside and she even answers when you call her name by hopping up to you to see what you want.

One major concern was would she survive such an upheaval to a different country, another climate and all the disruption of the move? When the family went on holiday they had always had Maisie cared for at home by housesitters, would they find sympathetic sitters where they were moving to in Spain? It was a concern.

Fortunately they found HousesitMatch.com and a friend who already uses the housesitting and petsitting network reassured them that yes they could find suitable petsitters, and for free, if they planned early enough. So they decided to take Maisie on their next big adventure to Spain. We’re excited to help them and look forward to finding sitters for them very soon, perhaps for their first trip home for Christmas.

Do you need a sitter? Get in touch. House-sitting can be a win-win for both parties, free house and petsitting, and the experienced and checked sitters get free accommodation!  Register as either housesitter or homeowner now with a 20 per cent off introductory offer using coupon code PERFECT20.