Bad news for most billionaires 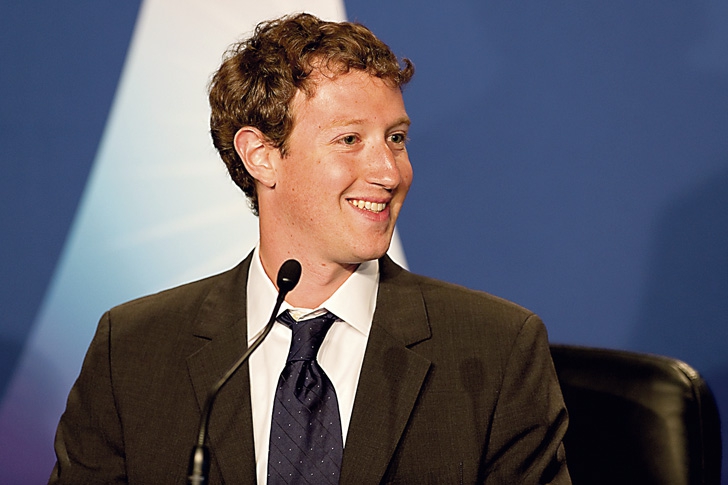 MARK ZUCKERBERG: Bad news for some but not for all.

THERE are more billionaires on planet Earth than ever before but on average each of them is slightly poorer after another rocky year for the global economy.

A joint analysis published by UBS and PricewaterhouseCoopers estimates that the total wealth of the global billionaire population plummeted by some €270 billion in the past year. With roughly 1,400 billionaires across the world that represents an average loss of €235 million each.

Falling commodity prices and lacklustre growth in the technology field were highlighted as chief causes of the decline.

“It is too early to tell if the past 30 years extraordinary period of wealth creation is coming to an end, but it is clearly slowing” concluded the authors.

Another striking feature of the report was the shifting geography and demographics of the global billionaire class.

There are still more billionaires in the US than in any other country but only 41 Americans smashed through the platinum ceiling last year, compared to 113 across Asia. Given that 36 American billionaires either died or were relegated to millionaire status the net gain was only five.

Despite the shifting sands for many people the song remains the same. According to Forbes the world’s richest man is the familiar Bill Gates of Microsoft, who just edges ahead of Spanish Zara founder Amancio Ortega.

European financial royalty has also seen little change. The continent is considered the best at keeping wealth but not creating it through the continued longevity of the heredity lines of super rich families.

The vast majority of billionaires are self-made, although only one in six female billionaires earned their own fortune. The richest self-made woman is Zhou Qunfei, the founder of Lens Technology, a touchscreen maker which sells to Apple and Samsung.

One super-rich entrepreneur who hasn’t seen his fortune diminish in the global financial climate is Facebook chief Mark Zuckerburg, who is now the world’s fifth richest person with an estimated €40 billion treasure chest at the age of just 32.