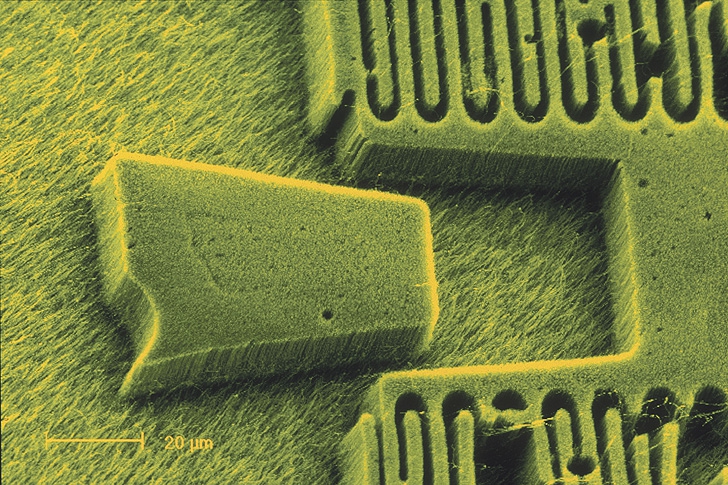 NOBEL PRIZE: An example of nanotechnology.

FIFTY years ago in 1966, a film called Fantastic Voyage was released which told the story of a group of doctors and surgeons who were shrunk to minute size and their submarine was injected into the blood stream of a dying politician.

The story follows their attempts to journey through the man’s body, operate on him internally and then exit his body before the submarine with them in returned to actual size with the resulting ‘big bang.’

Needless to say, despite many trials, tribulations and near misses, they were successful and the politician lived to make the world a better place.

In the following decades both films and books have explored the sophisticated possibility of what has become known as Nanotechnology which sees the production of often self-replicating machines that can be used for good such as the repairing of the human body or bad with the potential destruction of the human race.

Now, three scientists have been awarded a shared Nobel Prize in Chemistry for their research and development of nanomachines so tiny that they are smaller than the width of a single human hair and as this technique is developed, so these machines could be inserted into the human body to destroy cancerous cells.

The three scientists, Jean-Pierre Sauvage from France, Sir Fraser Stoddart from Scotland and Bernard Feringa from the Netherlands will share the prize of eight million Swedish kronor (€828,000) for the achievements that they have made.

Whilst the medical option is an important one, the actual uses are many and thanks to these three scientists it will become possible to produce a whole range of important machines capable of acting as muscles in the human body, of creating whole areas of new ‘smart’ technology of which we have only dreamed until now and even making tiny thinking machines which can go on to develop new technologies for mankind.

All of this is absolutely brilliant and one can have nothing but praise for these three geniuses but when we haven’t managed to cure cancer, still see thousands dying from malnutrition and unsanitary conditions as well as bombs and deliberate shooting, it makes one wonder whether science needs to take a step backwards and try to fix what so is obviously broken rather than develop a whole new set of potential problems.

It is unrealistic to think like that as science and scientists are always going to want to break down barriers and create new inventions, however, sometimes one hankers for a less developed and more even-handed world, even though that is too much to realistically expect.