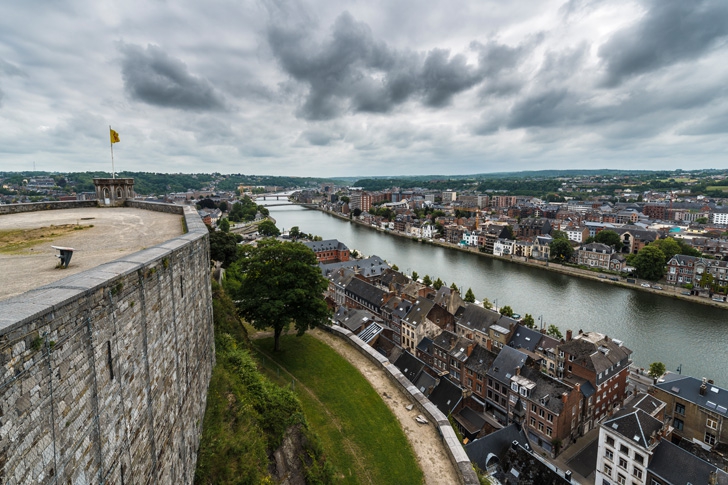 FEW people had heard of Wallonia, a four million strong portion of Belgium, before its parliament almost single-handedly wrecked one of the EU’s most profitable trade deals.

Wallonia and the Brussels parliament refused to give their consent to Belgium signing the nightmarishly named Comprehensive Economic and Trade Agreement with Canada, forcing the rapid intervention of Europe’s top political figures and most powerful corporate lobbyists.

Canadian prime minister Justin Trudeau had been scheduled to sign the deal, known cutely as Ceta, in Brussels today but cancelled his flight at the last second over the EU’s incapacity to ‘get its own house in order’.

Wallonia refused to lend its support to the treaty due to concerns that their dairy farmers might be exposed to stronger competition from their Canadian counterparts.

This was the little guy acting in defiance of globalisation at its most dramatic and Wallonia was celebrated briefly around the world for its stubborn refusal to give in to corporate demands.

Whether the Wallonian executive was paid-off or strong-armed is unclear but the Belgian prime minister has confirmed that an agreement is reached, Wallonia has relented, and he can commit to Ceta alongside all the other EU parliaments tomorrow.

Ceta has been welcomed enthusiastically by all the parties allowed to promote it but the details remain opaque and there has been almost no scrutiny of the contents.

Critics claim that in reality the treaty gives away more sovereign power than signing up to the EU ever did.

Ceta would make it impossible for nation states to nationalise public services or transportation.

It would allow Canadian corporations to sue EU governments who pass laws that conceivably threaten their “future anticipated profits”.

Described as a trade treaty, it is actually a 1,500 page document detailing how best to shift power from governments to corporations by eliminating regulations and transparency.

It is the little brother of the Transatlantic Trade and Investment Partnership (TTIP) with America, which is presently lurking in the wings for approval and will do much to pave the way for other trade treaties including the Trade in Services Agreement, that would ‘liberalise global trade of services’ between 51 nations.

Despite Wallonia’s great dairy betrayal the deal isn’t done yet. In its final form the deal will still need to be officially ratified by Europe’s 38 parliaments.

When that happens the UK will be governed by Ceta, regardless of Brexit, and condemned to obey the treaty while being ostracised from the single market.