Festival of Flamenco raises the temperature in Marbella 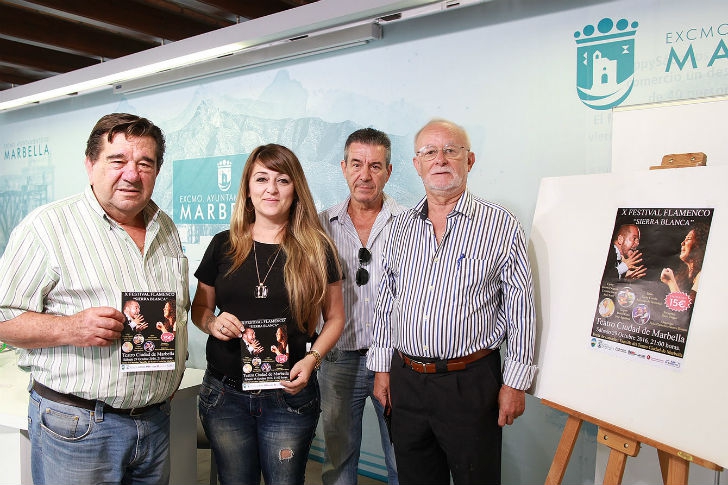 FOR tourists and in many cases expatriate residents, the only real knowledge that they have of Flamenco is what they see on TV, presentations in tourist restaurants and performances at Ferias.

What many people don’t realize is that Flamenco is not just an archaic form of music and dance but thrives throughout Andalucia and in the Costa del Sol there are clubs known as Peñas Flamencas which are open normally once a week where the locals get together to enjoy the pleasures of Flamenco.

These clubs normally attract Spaniards but they often welcome foreigners who wish to learn about this ancient art form. They serve food and drink but there will be no patience shown for those who are leery or drink too much and the style is often very traditional being in the Canto Jondo (deep song) style which can be very moving yet to some ears is rather cacophonous. This singing is accompanied by pure Flamenco Guitar and Cajon (the wooden box drum on which the drummer sits).

Dance is another intricate part of flamenco with both men and women performing to a very high standard. On occasion you can witness duels between the musicians and the dancers as they stamp their feet in time to the music and often there will be a race to see who can be the fastest and yet most accurate performer.

Some of these clubs charge a nominal annual fee for membership whilst others may accept single visits but all tend to offer friendship, good cheap tapas, drinks and some exceptional music. It can be a little daunting if you are not a Spanish speaker to turn up at one of these clubs, but it may come as a surprise how welcoming members can be to those who want to discover more about this very Spanish tradition.

The X Flamenco Festival will be held in the Teatro Ciudad de Marbella on Saturday, October 29, at 9pm and is supported by the city council according to the head of Culture and Education, Gema Midon when she announced the event with the president of Peña Flamenca ‘Sierra Blanca’, Juan Recio, Vice President Pepe Lara and Jose Aguilera who is performing.

Entry is just €15 euros from the box office and the audience can expect to enjoy a fest of singing, dancing and music so for anyone who really wants to get to the heart and soul of Spain and is a little adventurous, this could be a very good place to start a new adventure.