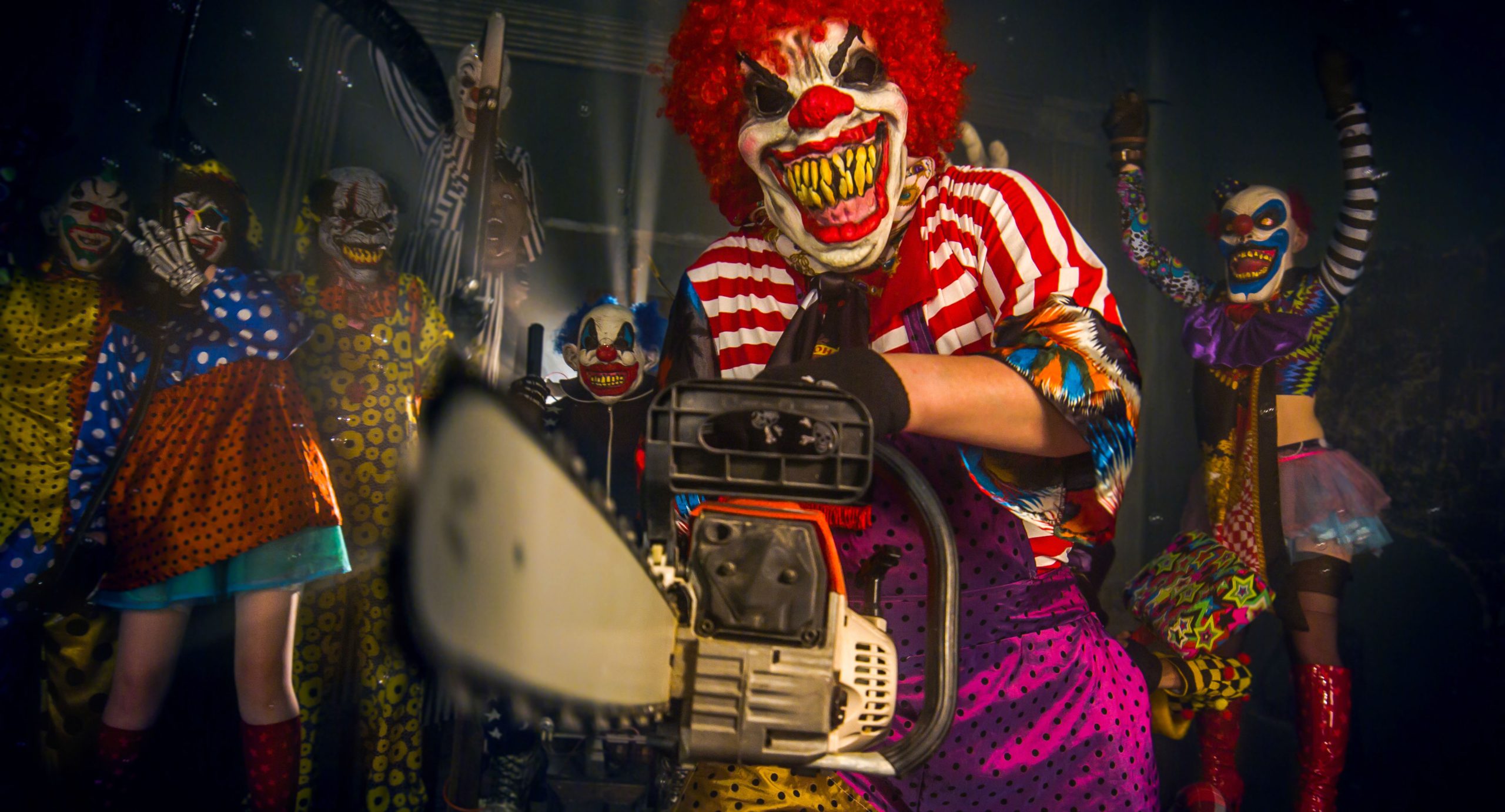 CLOWNS have generally been thought of as friendly cheerful characters or at least that was the case until Stephen King wrote IT and introduced Pennywise, probably the scariest clown of all time.

Now with Halloween fast approaching, there has been something of a worldwide phenomenon of Clown hysteria gripping the USA and much of Europe with people dressed as clowns scaring children and in some cases actually attacking people.

It is suggested that the concept of marauding clowns was started in South Carolina in August of this year with people dressed as clowns supposedly trying to persuade children to go with them into the woods. Whether this is true or not, it did obtain a great deal of publicity and people in other parts of America started dressing as clowns either to enjoy giving people a fright or as a cover for burglary and even potential terrorism.

There have been clown hunts, arrests and even a question asked of President Obama and with schools banning clown costumes and some very sick posts on social media, the stupid craze has spread to the United Kingdom with a number of sightings in the north and one reports that a clown with a knife threatened a number of young children and many young women report having been stalked or chased by clowns.

Recently in Sweden, a young man was stabbed in the shoulder, two women were threatened with murder and a group of children were frightened by clowns wielding what appeared to be chainsaws.

Even Stephen King has now spoken on the matter saying “it’s time to cool the clown hysteria” and as the days running up to Halloween may lead to an increase in crazy clown sightings, do be alert.