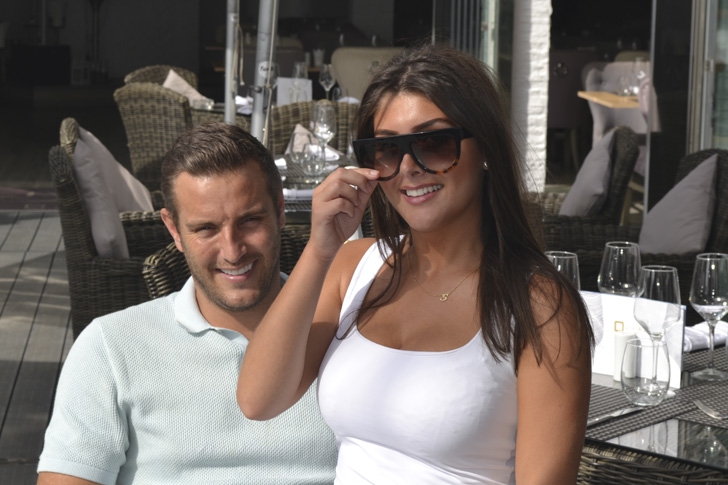 Elliott and Sadie at Olivia’s.

NOW that the summer season has finished, Elliott Wright and his fiancée Sadie Stuart are preparing for the run up to Christmas by introducing a number of changes in the menu at Olivia’s Restaurant in La Cala de Mijas.

The stars of the ITV programme Playa in Marbella have done a great deal to promote international awareness of La Cala and the restaurant now has no fewer than 50,000 Instagram followers and they are delighted with the way in which the business has grown in just one year.

Elliott who opened his first restaurant in Alicante 15 years ago when he was 20 admits that this has been one of the hardest openings he has ever known as it took him out of his comfort zone in the Costa Blanca to a completely new area where he didn’t have staff or many contacts but he is happy that despite some mistakes, he now has a restaurant that he would want to visit even if he didn’t own it.

It has taken a while to get everything right and there have been a few partings of the way with staff en route but he is now happy that everything about the restaurant is very good and now he wants to make it great and believes that he is very close to doing that.

With Sadie and his mother and father, also experienced restaurateurs helping him with advice when they think that he needs it, he has built up a very viable business which attracts people from all over the coast together with former clients who drive down from Alicante to savour the food.

Just this week, they introduced their new winter menu and have reintroduced a range of tasty tapas for lunch and he makes it clear that he wants to be able to make it possible for people with all sorts of budgets to enjoy his friendly and exciting restaurant and you can eat there for €20 with a drink or €100 plus depending on what you want.

Things have been so hectic that Elliott admits that Sadie – who he fell for within a week of first meeting her – has given him stability and kept him focused on the business and they have been so popular that they are even going to open on Boxing Day and New Year’s Day because of the demand.

With an ethos based on the family unit, Christmas will see both sets of parents as well as his two children joining the couple for the Christmas celebrations and he wants guests to feel as if they have come into his home rather than just a restaurant.

The two other pieces of big news are that there is some thought of a second show which he believes will be 50 per cent documentary and 50 per cent reality but he will only want to get involved if both he and the film company believe that the result will be of the highest quality.

The second piece of news is that from Saturday 12 November Olivia’s will be introducing Saturday Brunch running from 2pm to 6pm where guests can enjoy a great meal with beer, wine or cava plus musical entertainment for just €45.

Pick up next week’s Euro Weekly News to read the full interview and see the exciting new winter menu.

Keep in contact with what is going on at Olivia’s by visiting www.oliviaslacala.com