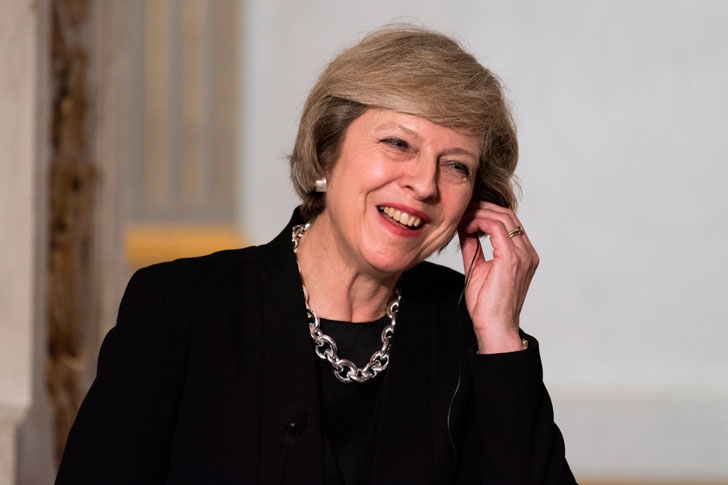 Theresa MAY is facing challenging times. For starters, her first EU summit as PM was particularly thorny as the rest of the club strongly objected to the UK’s wish to stay firmly ‘in’ until it’s ‘out,’ namely, remain at the centre of EU decision-making until it leaves. For EU leaders, she looked like one of those school bullies turning up at the ‘good’ kid’s birthday party desperately wanting to be let in after making themselves downright unwanted. As one EU official put it: “When somebody wants to leave a club, it is not normal that such a member wants to decide about the future of this club.” Another was even blunter: “How this is going to end, no one knows. For now, the train is heading towards a wall.” Then we have Jeremy Corbyn accusing Theresa May of staging a “chaotic Brexit,” and Nicola Sturgeon branding Brexit talks “deeply frustrating.” Quite apart from the falling pound and rising inflation, all this comes amid hints that leading banks are set to hit the relocate button early next year and news that the French-speaking part of Belgium blocked a planned EU-Canada trade deal, prompting fears as to which of the 27 parliaments could similarly veto any post-Brexit UK deal. The first 100+ days of Theresa May’s premiership have been filled with unnerving developments. No firm plan or negotiating position on Brexit apparently, except Article 50 being triggered next year. Recruitment of civil servants and negotiators still behind required targets, no firm control over the three Brexiteers and continually having to tick them off. By 2020, Cameron could actually compare favourably to May, a feat that would have seemed unimaginable following the referendum. To many, it seems that the UK is now like a rudderless ship, the captain having neither charts nor compass. Nonetheless, its crew are all on deck, brandishing Union Jacks and singing Rule, Britannia! Someone please say they’re barking up the wrong tree? Dear aliens, last week I wrote I’d had enough of the forthcoming TrumpoBrexalypse! Still waiting for you to invade and rescue me… Nora Johnson’s thrillers ‘No Way Back’, ‘Landscape of Lies’, ‘Retribution’, ‘Soul Stealer’, ‘The De Clerambault Code’ (www.nora-johnson.com) available from Amazon in paperback/eBook (€0.89; £0.79) and iBookstore. All profits to Costa del Sol Cudeca cancer charity.