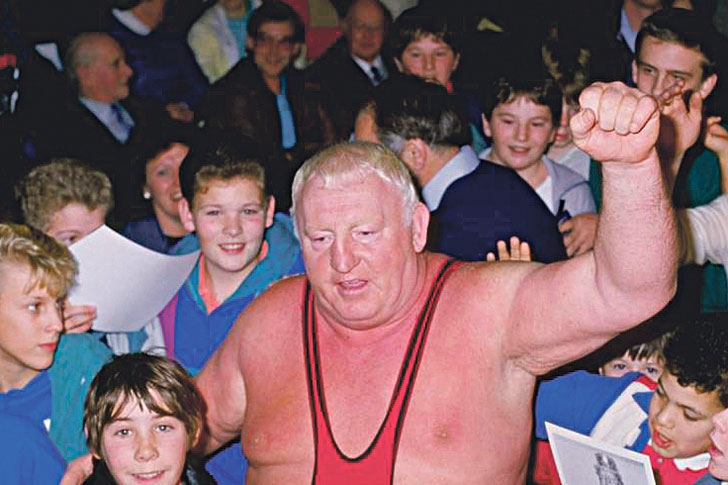 WRESTLING & THE VOICE: Both returning to our TVs.

World of Sport Wrestling is finally making its return to UK television. The wrestling was a key part of ITV’s World of Sport, which ran from 1965 to 1985. At its peak, a reported 18 million viewers watched Big Daddy vs Giant Haystacks in 1981. ITV has now commissioned a one-off, two-hour special featuring UK wrestlers in a series of matches, including singles, tag-team and eliminations. There will also be a reality element. “Backstage, viewers will catch up with the wrestlers between fights, and at the end of the show one fighter will take home the WoS Wrestling belt.” Creative Director of ITV Studios Entertainment Tom McLennan said: “World of Sport Wrestling was a major event for millions of families every Saturday afternoon for over 20 years. I’m excited about bringing back this iconic brand and celebrating the best British wrestlers in the country.” The special was recorded at ITV Studios in Media City in Manchester on November 1. If you thought none of The Voice coaches turning around for an auditioning contestant was hard to watch, just wait until you hear about the brand new red-chair twist in the rebooted ITV series. Emma Willis – who will be hosting the show solo following its move from the BBC explained the change of format, revealing: “If you don’t push your button for a contestant, you don’t get to see them. So only the people who press the button get to see who it is, so if no one turns, no one sees who sung.” So far, so harsh, but the presenter insists the twist will be “good for the show,” and will allow the coaches – including will.i.am, Tom Jones, Gavin Rossdale and Jennifer Hudson – to be less apologetic and more critical. “I think it is good – they do it in other territories on The Voice around the world, and it instigates different chat between the coaches. When they see someone who hasn’t turned, it’s very apologetic. But if they haven’t seen that person and don’t have to interact directly, it’s a bit more ‘that was a little bit off key,’ where they might not have said having seen them. So I think it’s a good thing for the show.” We’ve seen a new side to Emma that we’ve never witnessed before. If you would like me to answer any questions you may have on satellite TV or to expand on anything I have written about please call me on 678 332 815 or email [email protected] I look forward to your comments and questions. Don’t forget to listen to my radio show every weekday from 10am on Spectrum 96.1 & 106.8FM, now covering almost 3,000sq kms of Costa Almeria and Calida or listen online at costaalmeria.spectrumfm.net for the latest news and views. from the world of satellite television.