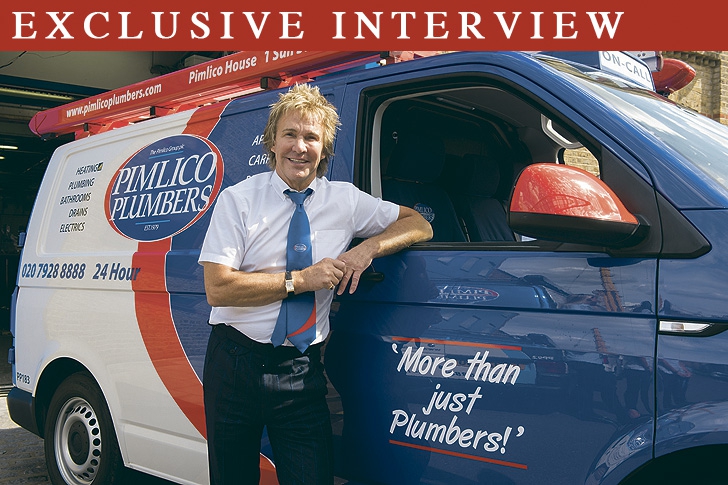 “EVEN Stevie Wonder can see what’s happening,” says Charlie Mullins, who has never been one to mince his words. Speaking exclusively with Euro Weekly News, the brains behind Pimlico Plumbers is adamant that leaving the EU is a disastrous mistake for Britain.

“There’s already a skills shortage and the lack of free movement will drive construction to a standstill,” he replies when pressed on what Brexit’s immediate impact will be.

“You’ve got 80-90 per cent of workers on site are from the EU… and they’re taxpayers too!”

“Now many are returning home, jumping ship because of the uncertainty,” he says, arguing that without migrant labour the Olympics and Heathrow’s expansion would be pipe dreams.

Mullins knows what he’s talking about.

One of the UK’s most successful and outspoken businessmen, he founded Pimlico Plumbers from scratch in 1979 and transformed it into a household name with an annual turnover of £20 million.

Appearances on Panorama, donations to the Conservative party, and impassioned defence of Britain’s place in Europe has seen the businessman and philanthropist evolve into a political activist.

So much so that he helped fund the successful High Court challenge over the government’s right to trigger Article 50 without parliamentary approval.

“People are happy that we’re standing up to fight,” he says on the case, which has pitted pro-Brexit media against the judiciary, “even if we leave, we should at least do it right.”

But should the referendum result not supersede the influence of parliament?

Mullins is scathing of the Leave campaign, which he accuses of blatant dishonesty.

“People were misled over the £350 million (promised from the EU to the NHS)… the 350 million lie on that bus, and Boris Johnson selfishly trying to become prime minister, did it for the UK.”

He describes the High Court ruling that parliament must trigger Article 50, not ministers alone, as a victory for common sense.

“You’ve got three judges, two of them the highest in the land, and they took less than 120 seconds to sum it up and blow the government’s case out of the water. It’s black and white, in 1972 parliament voted to join the EC and only they can vote to leave.”

Mullins notes with a tinge of irony that the “top two people in the country, Theresa May and Philip Hammond, were Remain people who switched horses after the fact” and are now muddying the waters by trying to make a case they clearly don’t believe in.

So how can you make the ‘remain’ case and change people’s minds?

“Well, you’ve got a mixture of Leave people who are now worried nothing will change and Remainers who are very happy with the court case and don’t want to leave, so it’s hard.”

Mullins says it’s important to focus on simple facts, which he has a keen eye on as a businessman.

“Boiler parts are more expensive, there’s job losses, supplies, food and fuel costs are all going up, the pound’s dropped, the writing’s on the wall.”

He speaks to big business owners he says, and the money flow has stopped. The UK is not a place to be looking to invest.

“Look at the facts,” he implores, “it’s not a coincidence that the pound fell and then rose after the court judgement.”

“The disadvantages of leaving clearly outweigh the benefits, we will be in a mess and we will be poorer.”

Where do British expats fit in to all this? (Mullins spends five months of the year in Spain and is a huge contributor to local charities)

“People are concerned with their pensions, they want to know, can I survive and stay in Spain?

“Now they know they can expect less for their money… people may have voted for Brexit, but nobody voted to lose their money.”