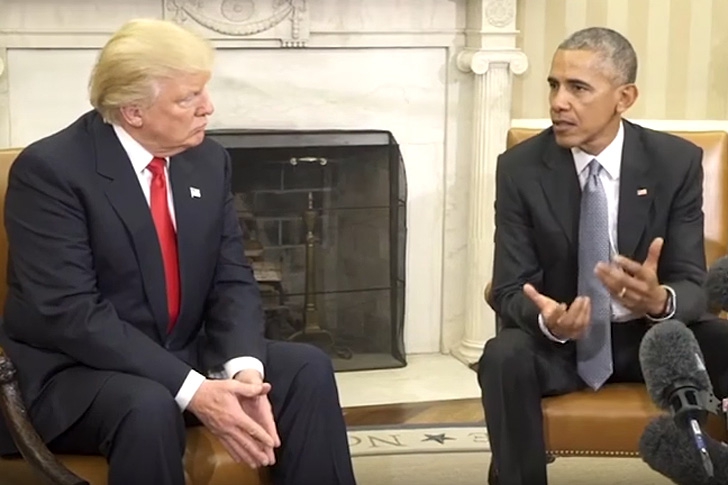 PROTESTS against President-elect Donald Trump swept across major cities in the United States for a second consecutive evening, as a large proportion of the population appears unwilling to accept that the billionaire reality TV star will be their new leader.

Police erected security fences around Trump’s new hotel in Washington on Thursday, November 10, while a series of concrete blocks were being used to protect the front of Trump Tower in New York, with the billionaire’s residence also declared a no-fly zone as dozens were arrested.

Demonstrations took place in Denver, Minneapolis, Milwaukee, Portland, Oakland, Baltimore, Los Angeles, Chicago, and many other cities, as the backlash emphasised the deep divisions in US society that the controversial election has brought to the fore. 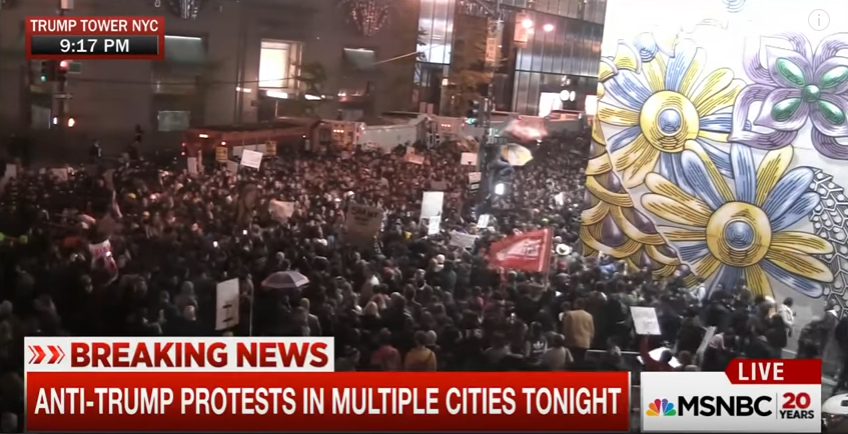 As protesters chanted “not my president” and “no Trump,” ex-New York mayor and Trump supporter Rudy Giuliani referred to them as “a bunch of spoiled cry-babies.”

“If you’re looking at the real left-wing loonies on the campus, it’s the professors not the students,” Giuliani told Fox News. “So these are the ones who are more influenced by the professors …. Calm down, things are not as bad as you think.”

Trump himself took to Twitter to criticise the media as he wrote: “Just had a very open and successful presidential election,” he said. “Now professional protesters, incited by the media, are protesting. Very unfair!”

The message was somewhat at odds with his pre-election rhetoric, in which he repeatedly referred to the system as being “rigged” as polls predicted a victory for his Democrat rival Hillary Clinton, who appears to have won the popular vote by about 200,000.

Earlier on Thursday, Trump met outgoing president Barack Obama at the White House, with the pair speaking in the Oval Office for around 90 minutes.

Obama said that they had discussed “foreign and domestic policy” and how to ensure the handover progressed smoothly, although he appeared deflated and subdued throughout the short photo opportunity afterwards.

Mr Trump said: “We had never met each other. I have great respect. The meeting lasted for almost an hour and a half. And it could have – as far as I’m concerned, it could have gone on for a lot longer.”

Elsewhere, the Ku Klux Klan announced it is to hold a victory parade in honour of Trump in a North Carolina town, while reports of racist attacks and other hate crimes are on the up across the country.

Some of Trump’s more controversial campaign proposals, including the demand to ban Muslims from entering the United States, have now been removed from his campaign website, although many senior Republicans have pledged to offer the new president their full support in repealing legislation such as Obamacare and international climate change agreements.

Later this month, Trump will become the first president-elect in history to make a court appearance in which he must defend himself against allegations of fraud against his own countrymen.