Podemos MPs need to grow up 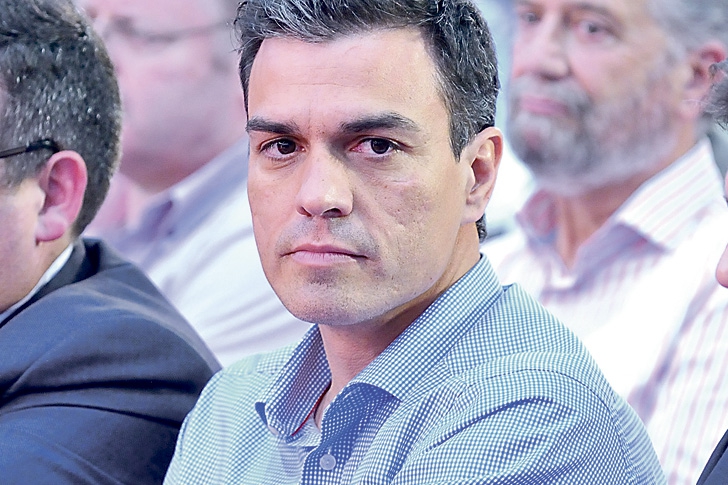 A SPANISH political observer compared Podemos MPs to the bad children on the back seats on the school bus as they gurned, guffawed and gesticulated during Mariano Rajoy’s investiture speech.

One of Pablo Iglesias’ favourite gestures was an index finger twirled against the temple as he opened his eyes wide in mock puzzlement.

As Ramon Jauregui, socialist spokesman in the European Parliament remarked, Podemos still has to decide what it wants to be when it grows up.

MOST of the 15 PSOE socialist MPs who gave Mariano Rajoy the thumbs down instead of abstaining belonged to the Partido Socialista de Cataluña, which merged with the PSOE in 1978. Each must pay a €600 fine but it will be cheap at the price.

Support for the PSOE in Cataluña, where it is now considered too centralist, has waned spectacularly and that short, sharp ‘no’ could translate into an avalanche of regained votes.

Just grin and bear it

AN old slogan from the May 2011 protests – “No, no, they don’t represent us” – has been resurrected.

It was chorused during Rajoy’s investiture debate in a Madrid demonstration organised by Unidos Podemos, the Izquierda Unida-Podemos alliance that lost votes for both parties last June.

Accepting a majority decision is democracy’s most demanding requirement and recognising only the result they wanted puts the Madrid protesters in the same category as Donald Trump or Nicolas Maduro.

“DONDE dije digo, digo Diego” is a tongue-twister and shorthand for ‘I’ve changed my mind about anything I might have said before.’

The defenestrated secretary general of the PSOE socialists Pedro Sanchez is instead doing it in longhand now that he has resigned his parliamentary seat.

Sanchez has reversed most of his declarations between the December 2015 and June 26 general elections. He laments having dubbed Podemos a bunch of populists and regrets teaming up with Ciudadanos in an attempt to form a government last March.

He blames his fall on Big Business as represented by El Pais newspaper, the banks and Ibex 35 rather than his party’s unwillingness to suffer another election rout under his leadership.

Pedro the chameleon now claims it was error to dismiss dialogue with the Catalan secessionists.

All this from the politician who stuck to ‘no means no’ because he could not break his word.